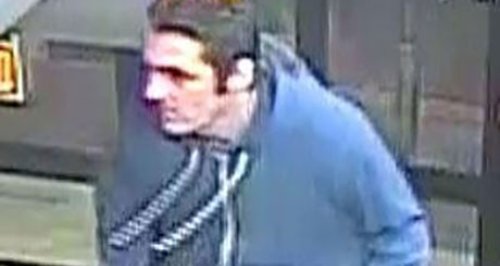 Officers have released CCTV of a man they want to speak to about three incidents at Burger King in Paddington, which they believe are linked.

A woman and two teenage girls all reported a man making sexually indecent gestures towards them in the women's toilets.

The latest incident occurred on Saturday 16th May at around 9.45pm at the fast food restaurant on Praed Street.

In two previous incidents in March and April, two 16-year-old victims were prevented from exiting a cubicle, before the suspect exposed himself and made sexually indecent gestures.

The suspect is described as white man with short black hair, aged between 30-35 years-old, around 5ft 11ins tall with a stocky build and believed to be of eastern European origin.

Trainee Detective Constable David Roberts said: "We are releasing CCTV footage of the man in connection to this incident and are asking for the victim as well as witnesses to come forward.

"This type of crime is very upsetting for the victims; I am keen for anyone with information to please come forward. We will investigate every lead."

Anyone with any information is asked to contact Westminster police's CID on 101 or Crimestoppers anonymously on 0800 555 111. If the suspect is seen please dial 999 immediately.