Reward For Information On Stabbing 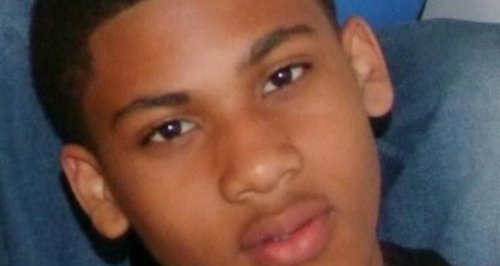 Detectives investigating the murder of a 17 year old in Enfield are offering a £20,000 reward for information to catch his killer.

Shaquan Sammy-Plummer was stabbed in the chest in Berkeley Gardens in January 2015.

He was taken to the Royal London Hospital in a critical condition where he died a short while later.

Officers have gone back to where he was found to speak to people living nearby and hand out leaflets.

Nine people have been arrested over his death. Four have been released without charge, 5 have been bailed.

Investigating officer Detective Chief Inspector Jamie Piscopo, from the Homicide and Major Crime  Command, said: "It is believed Shaquan was with two friends when he became  involved in some kind of altercation that resulted in him being stabbed in the  chest.

"His friends tried to help him along with local residents but his  injuries were too severe.

"We still don't know what the altercation was  about and we hope the offer of £20,000 may encourage someone with information,  no matter how small, to come forward.

"Were you in Berkeley Gardens that  night? Did you see or hear anything suspicious? Have you heard talk since about  what happened to Shaquan? Please contact us."

Shaquan's mother Jessica Plummer said: "I would be very  grateful if the people that witnessed my son's murder could come forward to  provide the police with information to bring those responsible to  justice."