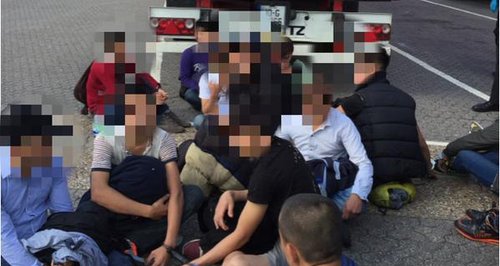 Eighteen suspected illegal immigrants have been found stowed away on a lorry seen on the M25.

A member of the public reported seeing suspicious activity in the vehicle, which later passed onto the M1.

A member of the public called police shortly after 4pm on Saturday 8 August 2015 to report suspicious activity on a lorry on the M25.

The police spokesman said: "Eighteen people who are believed to have entered the UK illegally on the lorry were taken into custody for their safety."