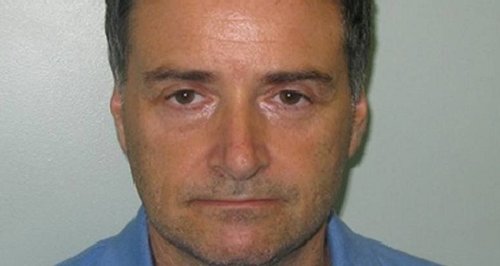 Police want any other potential victims to come forward after a black cab driver from Bow was jailed for 10 years for sexually assaulting two women in his taxi.

David Perry, 52, (pictured) stripped both his passengers half-naked before attempting to rape the first victim and sexually assaulting the second in separate night time attacks.

The women, in their 20s, had been socialising in East London and were both heavily drunk when they were assaulted in the early hours of the morning in January 2013 and May 2014.

Snaresbrook Crown Court heard how when confronted with the allegations Perry told police he had "high hormone levels" following the break-up of a relationship and believed he "might do something to female passengers".

Prosecutor Peter Clement told the court that Perry was in a high position of trust when he climbed in to the back of his taxi to take advantage of his passengers.

"Both victims had been out with friends, both had been drinking and both were at the relevant time highly intoxicated," he said.

"They were, by virtue of their drunkenness, particularly vulnerable. Their incapacity made them no less deserving than anyone else of being safe.

"They each sought the security and safety they were entitled to expect from a London taxi - a black cab.

"Whilst each was asleep in what should have been the relevant safety of his black cab, he stopped, got in to the back of his cab and stripped and sexually assaulted each victim while they slept or were semi-conscious."

He added: "When confronted with the allegations (Perry) told the police that he was worried that he might do something to female passengers because he said his libido was so high."

The court heard how Perry had visited his doctor over his "high hormone levels" but did not start the counselling that was recommended to him.

In the first attack, the court heard that the victim could not remember leaving Shoreditch House in Bethnal Green where she had been drinking with friends.

She told police she woke up to find herself half-naked in the back of a taxi with the driver performing a sex act on her. He then twice attempted to have sex with her but was "unsuccessful".

She described being unable to focus or rationalise what was happening and was next aware of being at home, where she made a "hysterical" phone call to a friend.

The police took DNA evidence from her breast but were unable to find a match on their database.

It was not until Perry carried out a second attack that police were able to track him down.

The court heard how the victim, who last remembered being in the Commercial Road area of Shoreditch, woke to find herself without her trousers or underwear on and the driver lying beside her.

It was more than two hours after Perry picked her up that she arrived home in East London, where she raised the alarm.

Thanks to details the victim was able to give about his vehicle, police were able to trawl through hours of CCTV which led to Perry's arrest.

"Perry was a taxi driver for some 25 years and I must consider the possibility he may have committed other offences that have not been reported to the police," she said.

Judge Lafferty sentenced the father-of-two to 10 years in prison and an extended five-year licence period.

He told Perry: ''Undoubtedly you pose a very significant risk of causing serious harm to other women by committing offences of a sexual nature were you at large in the community.

"You were aware of the danger you posed to women in the back of your cab."

Perry was also given a Sexual Harm Prevention Order - which will stop him from being a cab driver in the future - and must sign the sex offenders register indefinitely.

The cab driver, who the judge heard was of previous "impeccable" character with no previous criminal record, smiled and waved at family and friends in the public gallery before being led away.