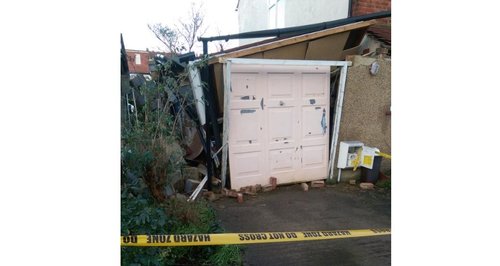 A garage has been destroyed and cars have been damaged after a mini-tornado struck the Harrow area of London.

London Fire Brigade said a garage collapsed and roof tiles were blown off some properties following "severe" weather in Harrow on Tuesday 13 January 2015, but no one was hurt.

Fire crews were called to Grafton Road shortly before 1.15pm after the garage, which was attached to a house, collapsed and cars in nearby roads suffered minor damage.

Watch manager Mark Ritson, who was at the scene, said: "The weather was quite severe leading up to it. It was sunny but then the sky went black, there was thunder and lightning, hailstones and strong winds. By the time we turned up to the address it was blue sky and sunny again.

"The tornado whizzed through the area, some roof tiles were blown off and caused minor damage to properties and cars in nearby roads but fortunately nobody was injured." 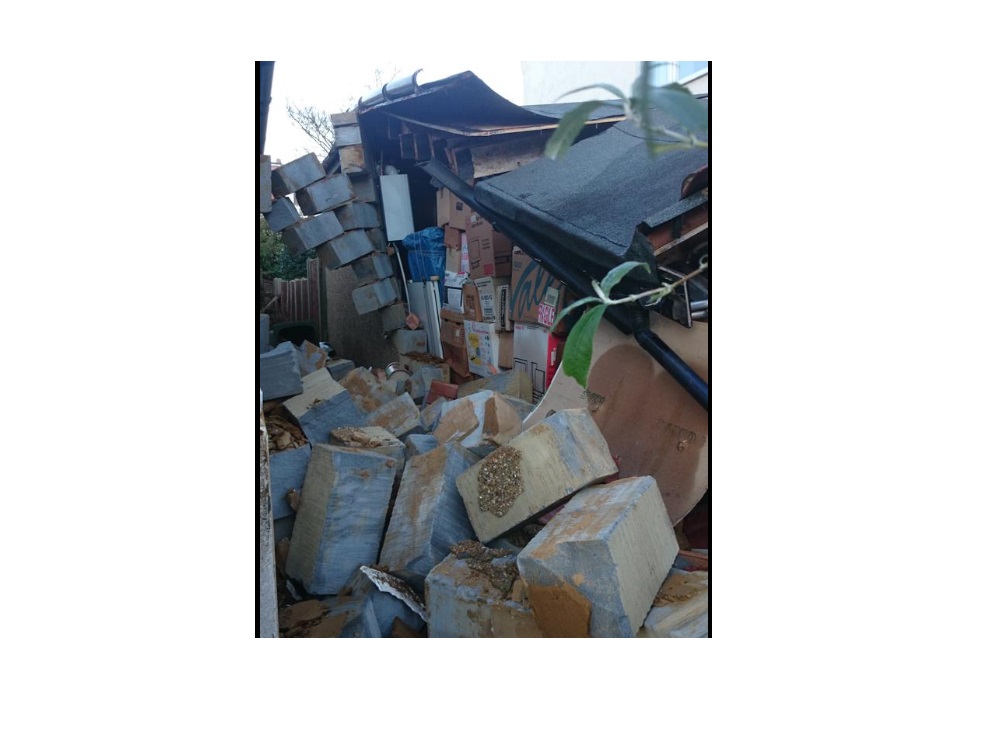 London Fire Brigade tweeted: "We believe that a mini tornado has levelled a single storey garage & damaged cars on Grafton Road in #Harrow. Thankfully no one injured.

"Like a scene from the Wizard of Oz. Firefighters say the sky in #Harrow went black followed by thunder & lightening, hailstones & a tornado."

A fire engine from Harrow fire station and other specialist vehicles attended. 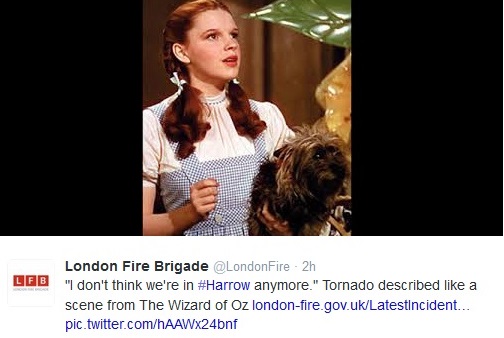