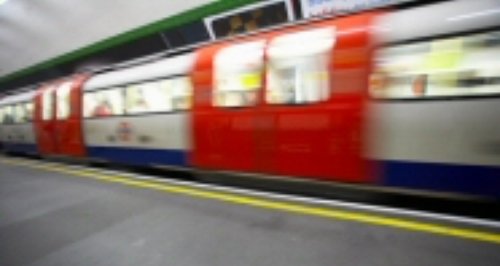 A woman's had to go to hospital after falling between a Tube train and a platform during rush-hour.

It happened on the Northern line at Clapham South Underground station in south London just before 8am on Thursday 12 March 2015.

Emergency services rescued the 28 year old woman who was taken to hospital with what were understood to be not life-threatening injuries.

London Fire Brigade said: "Crews were called to Clapham South Underground station during this morning's rush hour after a woman fell between the platform and a train.

"Firefighters used a 'scoop stretcher' - a specialist piece of equipment - to bring her back to the platform before she was taken to hospital by London Ambulance Service."

On Twitter passengers spoke of the woman being "dragged" by the train, with some suggesting her coat may have been caught in the train door.

Other Tube customers said the incident showed just how crowded the Underground can get at the busiest times.

Tania Seif tweeted: "Mayor of London. The accident at Clapham South was waiting to happen, the platform is crowded & dangerous every morning from 8am."

James Humber wrote: "Was an accident waiting to happen at Clapham South. Platform outdated, not fit for purpose - needed action years ago."

London Underground operations director Nigel Holness said: "Just before 8am a passenger fell between the train and tracks at Clapham South station.

"The passenger was recovered by the emergency services with non-life-threatening injuries. We are investigating the incident to understand exactly what happened."

He went on: "The safety of customers and staff is our top priority and we do all we can to ensure customers can travel safely at all times. Thankfully incidents of this nature are extremely rare on our network and the Tube is one of the safest railways in the world.

"This follows heavy investment in safety improvements, and we are constantly seeking to further improve our excellent safety record."

A British Transport Police (BTP) spokesman said: "Our officers were called to Clapham South Underground station shortly after 8am after a report of an injured passenger on the tracks.

"A 28-year-old woman was taken to hospital with injuries that are not thought to be life-threatening. The incident is not being treated as suspicious. Inquiries are ongoing to establish exactly what happened. The Rail Accident Investigation Branch has been informed."

The incident led to severe delays to those travelling on the Northern line.