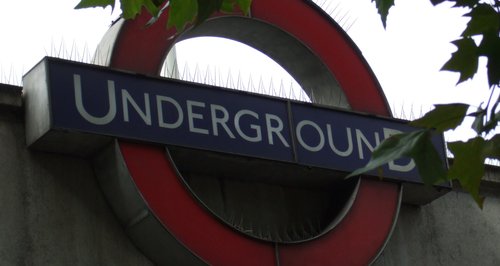 A man thought to have been hit on the head by a Tube train as he bent down to pick up his bag has died in hospital.

The victim, who was struck by a Northern Line train at Stockwell station in south London at around 9am on Friday April 10, has been named as John Burgess, 27, from Dulwich, south London.

A British Transport Police (BTP) spokesman said: "We can confirm that the man struck by a train at Stockwell London Underground station on Friday April 10 has since died in hospital.

"John Burgess ... suffered serious injuries in the incident and passed away on Monday April 13.

"BTP officers are currently preparing a report for the coroner and the incident is not being treated as suspicious.

"An inquest was opened and adjourned on Thursday April 16."

Commuters wrote of their horror when the incident took place.

Chris Duncan tweeted: ''Was on this train. Awful. Man hit in the head by oncoming Tube train in horrific accident.''

Isabelle Zonderland told London's Evening Standard: ''I was on the tube when it happened. He got hit only metres from our carriage.

''When we were let off the tube I saw him lying there. Someone who I believe was on the platform was checking for a pulse. His face was covered in blood.''

Actor Raj Lucas told the Standard: ''I was about midway on the platform and the Tube was pulling in and suddenly I heard screams from the start of the platform.

''The people closer to the incident (who saw it) were visibly very distressed.''

Nick Brown, London Underground's chief operating officer, said at the time: ''Just before 9am, a passenger on a Northern line platform was struck by a train entering Stockwell station.

''Our emergency response team and the London Ambulance Service attended the scene. We are investigating the incident to understand exactly what happened - but we have already established that while the station was busy, the platform was not overcrowded.''