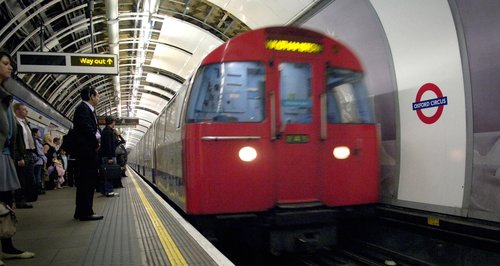 Workers on the Tube have voted to strike over the sacking of a colleague who was found to be over the alcohol limit.

Members of the Rail, Maritime and Transport union backed industrial action by 299 votes to 221.

General secretary Mick Cash said: "Our members have voted for industrial action and the union will now consult extensively with our representatives before deciding on our next moves in this dispute.

"The union remains available for talks, at Acas if necessary, and as we have already stated we are ready to abide by any decision made at an Employment Tribunal and cannot understand London Underground's reluctance to agree to that course of action."

LU had urged union members to vote against strikes, insisting they had dismissed the Northern Line driver for failing two random breath alcohol tests, adding that it operates a zero tolerance policy for drugs and alcohol.

Nigel Holness of London Underground said: "We operate a zero tolerance approach towards the consumption of alcohol in order to keep customers and staff safe.

"As we have made clear, strike threats will not alter our commitment to safety, nor will they make us consider reinstating a driver who failed two alcohol breath tests.

"RMT members have sent a clear message to their leadership that they don't support indefensible strike action on this issue.

"Less than a quarter of those eligible to vote for strike action did so.

"I urge the RMT leadership to see sense and recognise that there is simply no point in taking any further action."

He said: "RMT fully supports the zero-tolerance policy and takes seriously our obligations to protect the safety of passengers and staff.

"We are actually asking for further testing when a hand held breathalyser gives a positive result.

"This makes the process more robust and also complies with the Equalities Act in protecting members of staff with medical conditions.

"The current system is unfair because it doesn't offer safeguards to those with disabilities or who are on certain diets.

"One of LU's own doctors conceded that type 2 diabetes, liver disease and even fasting can give false positives on hand held machines."

Caroline Pidgeon, leader of the Liberal Democrat London Assembly Group, said: "RMT will be insulting Tube passengers if they strike over this issue.

"Striking for better pay and conditions is one thing, but striking in defence of an employee who has failed two random breath tests is indefensible.

"The RMT are the first to give lectures about health and safety when it suits their purposes. It is time that on this issue they practised what they preached and put the safety of passengers first."