'We Will Rock You' To Close 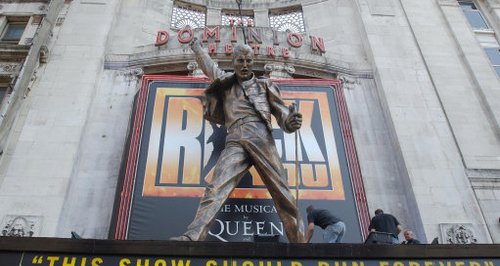 The Queen musical 'We Will Rock You' is going to close after 12 years in London's West End.

The show, based on the band's music, has played to more than 6.5 million people at the Dominion Theatre.

Its creators, Brian May, Roger Taylor and Ben Elton, said: "We want to thank every one of the many hundreds of incredible musical theatre artists, musicians and crew with whom we've had the privilege of working at the Dominion since 2002. And of course the incredible audiences who have rewarded them with over four and a half thousand standing ovations."

The theatre's general manager, David Pearson, said: "It has been a privilege to have hosted We Will Rock You for the past 12 years.

"To have the show rocking the Dominion and seeing a standing ovation night after night has been quite amazing.

"We wish the show every success for the future, as we now prepare to accelerate our restoration and refurbishment programme ready to welcome an exciting new production in 2015."