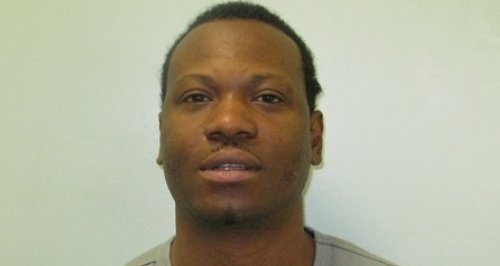 A man who punched his girlfriend in the face at least 15 times inside a lift at Westfield London has been jailed for two years.

The attack - which lasted for nearly two minutes - took place in front of the victim's three children in February 2015 and was caught on CCTV.

Edwards had been shopping at the west London shopping centre on Thursday 5 February with his partner and her three children, who are all under the age of 13.

During his attack, Edwards punched his partner, who is in her 30s, in the face at least 15 times.

When the lift doors opened, Edwards was met by a security guard. Police were alerted and arrived at the scene immediately but he couldn't be found.

The victim did not go to hospital and has since made a good recovery.

Despite continued support offered to the victim, she did not wish to press charges, nor inform police of her attacker's identity.

Officers continued to pursue the matter and established that Edwards was responsible for the attack. He was subsequently arrested in Colindale on 16 February 2015 on suspicion of Actual Bodily Harm.

Detective Sergeant Damian Ash said: "Shockingly, Edward's attack has been compared to a boxer relentlessly cornering and punching his opponent on the ropes.

"For nearly two minutes he struck his partner as if she was a human punch bag, in front of her three children who were helpless to stop it. Despite reluctance from the victim in revealing the identity of her partner and attacker, we were able to progress the investigation quickly using the CCTV and intelligence available to us.

“This case is testimony to our commitment in bringing violent offenders to justice, whatever the circumstance are, even when there is no victim statement provided at court."