Michael Jackson: A Year On

This image appears in the gallery:
Michael Jackson 1st Anniversary 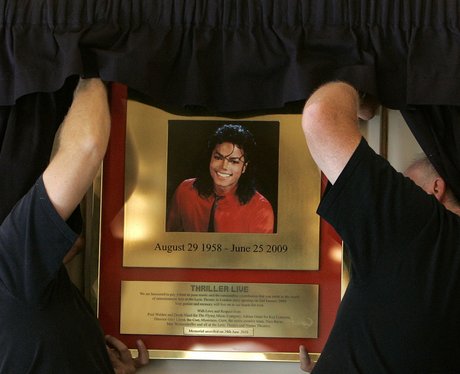 20. Michael Jackson: A Year On

Workers display the commemorative plaque to mark the anniversary of the death of U.S. performer Michael Jackson, prior to it being unveiled, at the Lyric Theatre in London's West End, Thursday, June 24, 2010. After his death on June 25, 2009, the Lyric Theatre has become a focus for fans who created a shrine of flowers, candles, and tributes as it is the home to the 'Thriller Live' show celebrating the music of Jackson and the Jackson 5.