Remember The Really Wild Show? Well It's Making A Comeback!

The kids wildlife show is returning to our TV screens 11 years after it went off air.

Everyone's favourite kids nature show is returning to our TV screens! Yep, it's The Really Wild Show and it's heading our way in all it's creepy crawly, animal loving glory.

The children's programme went off air 11 years ago following two decades on screen, but if you were a fan of the show get excited for it's triumphant return complete with original presenters Chris Packham and Michaela Strachan.

The duo are in talks with the BBC about the possibility of doing a revamp in order to target a new generation of animal lovers. 'Springwatch' host Chris said: "There have been a few chats about bringing 'The Really Wild Show' back. There is a certain amount of nostalgia for it."

It's been reported that TV bosses want to stay true to the original format the same as the original run, there will be one drastic difference as host Terry Nutkins died a few years ago. 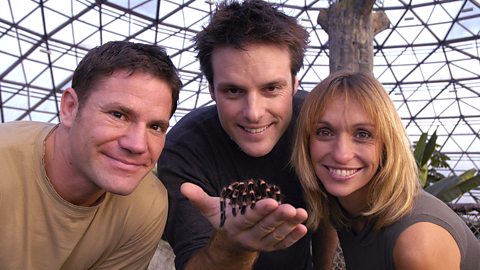 Chris explained to The Sun newspaper: "Obviously, our co-host Terry Nutkins died a couple of years ago so it would be down to Michaela and I. But there's a huge adult population that remember the show with enormous fondness.

Read More: Ready Steady Cook Could Be Returning To Your Screens

"Virtually every time I go out someone talks about it. They say: 'We watched you on 'The Really Wild Show' and now we watch you and Michaela on 'Springwatch' with our kids', and it's sort of fulfilling a circle for them."

"We hopefully inspired them when they were kids and now we're helping to inspire their own kids. So, yeah, we have been thinking about bringing 'The Really Wild Show' back, which could be quite good fun."

The reboot will also see Nick Baker and Steve Backshall, who fronted the later series of the original, return as presenters alongside Chris and Michaela.

Not much else is known about the comeback but it's expected to air on the Beeb!