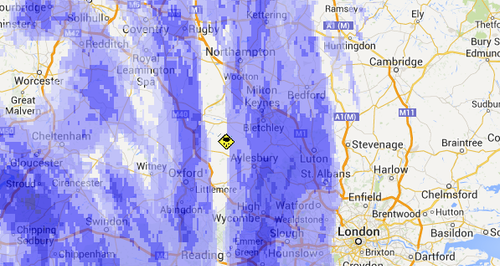 Wild Wednesday Storm battering the UK. We'll have the updates as they come in.

Please hit refresh to make sure you see the latest information for Herts, Beds Bucks & Northants and send us any pictures or video of problems in your area - fcnews@heart.co.uk or via Twitter

UPDATE: We are advising all customers not to attempt to travel. Customers already on services will be taken to the nearest station.

Disruption on Virgin Trains between London Euston and Manchester Piccadilly due to speed restrictions because of high winds and damage to the station roof at Crewe and overhead line problems.

Northampton Market closing early due to the bad weather.

Reports of a large tree down on West Street in Dunstable.

Driving conditions on the M1 getting a lot worse as the winter storm approaches.

M1 Northbound backed up to Jct 9 after a vehicle fire at Jct 11.