Everyone hopes to make a good impression when they go on work experience and we're hoping Eddie is offered a job after this one...

When Southern Rail left Eddie, 15, in charge of their twitter account for his work experience they didn’t expect his witty replies to go viral.

While their twitter is usually flooded with complaints from angry commuters, after Eddie introduced himself on the site saying he was happy to answer their questions, #AskEddie began to trend. 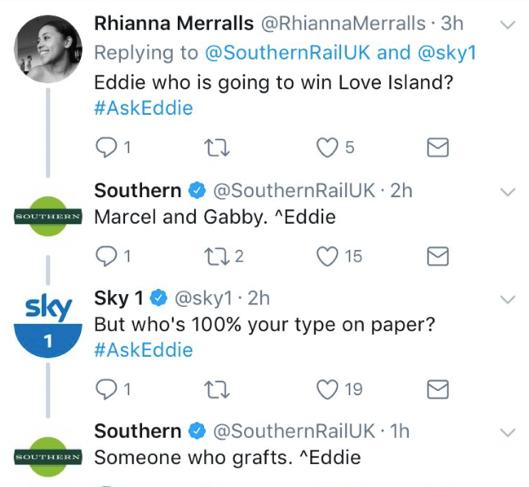 At one point even sky1 decided to get on the action when Eddie started talking about hit TV show Love Island, asking him "but who’s 100% your type on paper?" to which Eddie replied "Someone who grafts".

Eddie proved to be so popular with Southern Rail's customers that people were gutted when he headed out of the office for lunch.

Eddie will be back around lunchtime...sit tight! ^Amy

But Eddie isn’t the only one to put a smile on customer’s face as we’ve found more quick-witted customer service comebacks.

When 'Badman' Bugti contacted Argos on twitter to ask when it would be "getting da ps4 tings" adding that a sales assistant was rude with "bare attitude" in their Manchester store, Argos decided to reply to the tweet with matching slang. 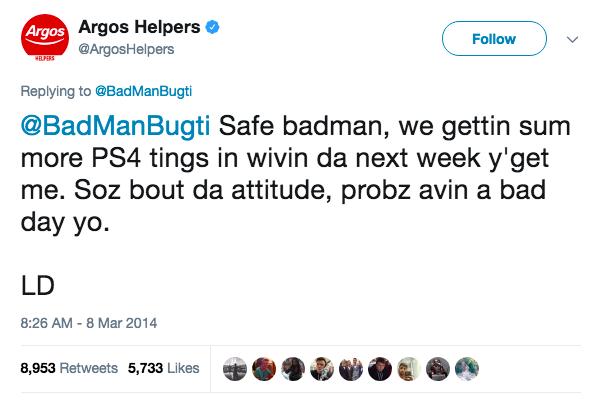 We reckon we've found the key to success - it's definitely through social media banter!