Harry and Meghan wedding: what date did the couple get married, what dress did she wear and where did it take place?

Harry and Meghan got married in 2018 in a stunning ceremony in Windsor Castle.

Read more: Every TV show and movie Meghan Markle has been in - from Suits to Remember Me

The couple wed seven months after Harry popped the question, and the event was watched by an estimated two billion people across the world.

The couple are now living in LA with their adorable son Archie, who is almost two, and they have another baby on the way.

Here's your need-to-know on their wedding details.

When did Harry and Meghan get married?

Harry and Meghan got married on May 19 2018 at Windsor Castle.

How much did Harry and Meghan's wedding cost?

According to reports, the wedding as a whole costed around £32 million, with the majority (around £30 million) going towards security.

The Royal Family paid for the actual ceremony itself, including things like flowers and reception costs.

Kensington Palace said in a statement: "As was the case with the wedding of The Duke and Duchess of Cambridge, The Royal Family will pay for the core aspects of the wedding, such as the church service, the associated music, flowers, decorations, and the reception afterwards."

Read more: When is Meghan Markle's due date?

What was Meghan Markle's wedding dress?

Meghan Markle wore a dress designed by British designer Clare Waight Keller, who is the artistic director of Givenchy.

When did Harry and Meghan get engaged?

Their engagement was announced in September 2017, with the Harry's father - The Prince of Wales - releasing a statement saying: "His Royal Highness Prince Henry of Wales and Ms. Meghan Markle are engaged to be married.

"His Royal Highness The Prince of Wales is delighted to announce the engagement of Prince Harry to Ms. Meghan Markle.

"The wedding will take place in Spring 2018. Further details about the wedding day will be announced in due course.

"His Royal Highness and Ms. Markle became engaged in London earlier this month. Prince Harry has informed Her Majesty The Queen and other close members of his family.

"Prince Harry has also sought and received the blessing of Ms. Markle's parents." 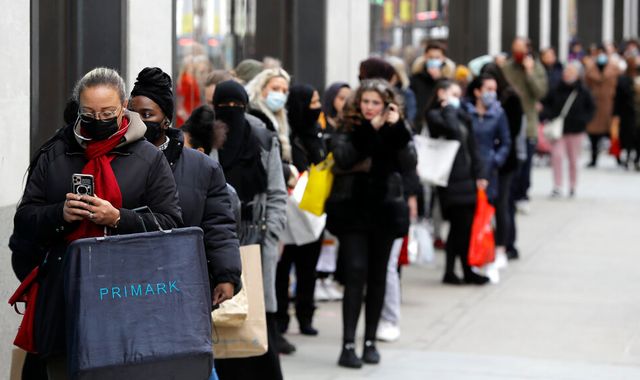