Pub curfew should be moved forward to 6pm 'or even earlier', claims government health chief

Deputy Chief Medical Officer Jonathan Van-Tam is said to have made the comments after being questioned by MPs about the rule.

A government health chief has reportedly claimed that pubs should close at 6pm or even earlier during a discussion about the 10pm curfew.

According to the Telegraph, Deputy Chief Medical Officer Jonathan Van-Tam made the comments while taking part in a virtual summit with Greater Manchester's MPs last Thursday as ministers tried to persuade them to adopt tier three lockdown restrictions.

The report claims that one MP asked whether the 10pm curfew had affected transmission rates, to which he responded: “Not really. I’d prefer 6pm, or even earlier.”

He also reportedly replied that there was no guarantee when asked if closing pubs entirely would help to get a hold of the crisis.

Boris Johnson brought in the 10pm curfew - which sees pubs, bars and restaurants in England ordered to close at that time - last month, and it is in force across the country.

Read more: Government launch official postcode checker to find out which tier you are in

Speaking at the time, a No.10 spokesperson said: "We know this won’t be easy, but we must take further action to control the resurgence in cases of the virus and protect the NHS."

However, the curfew has been criticised by some commenters - Kate Nicholls, chief executive of trade body UKHospitality, called it "bad for business and bad for controlling the virus".

London Mayor Sadiq Khan recently said in an interview with LBC that in his opinion the curfew 'isn't working', adding: "The intention was a good one, to try and reduce the amount of time people spend in each other's company. But what's happened is people are leaving at 10pm and continuing to mix and mingle on the pavements outside.

"That's why I've asked the government to rapidly review the 10pm curfew." 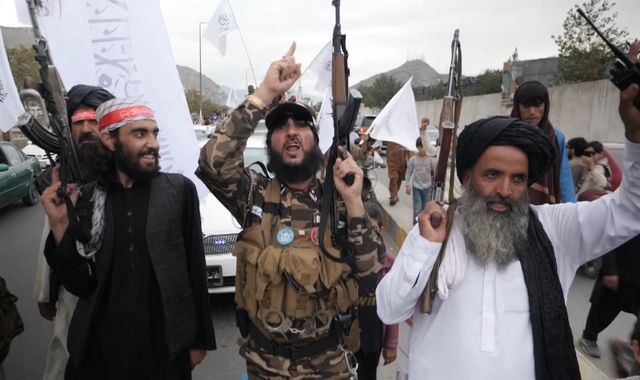 The Taliban still celebrating a year after taking control of Afghanistan