Apparently THESE Are Britain's Most And Least Desirable Places To Live 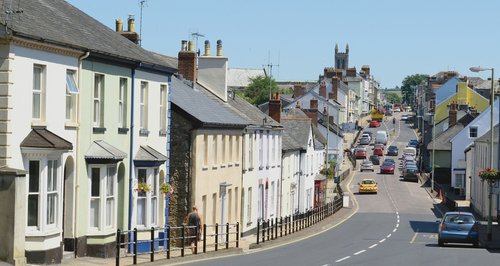 When it comes to finding somewhere nice to live, it's not the bright lights of the U.K's capital city that is attracting the attention of families.

In fact, it turns out the most desired area to liven Britain is none other than the Essex Coast!

Yep, according to information drawn from a decade's worth of 'internal migration' data, the only way is Essex as the district of Tendring has seen the biggest net inflow of new settlers, in percentage terms, than any other place in the U.K.

Read more: The 10 Best Places To Live In The U.K. Have Been Revealed

It's no wonder Tendring, in the north of Essex, is a hot spot! The district includes seaside towns like Clacton, Frinton-on-Sea and Walton on the Naze, as well as large villages like St Osyth and Great Bentley.

Elsewhere, East Lothian in Scotland came in second place on the list with with only 791.8 people leaving for every 1,000 arriving, while East Devon and Cornwall took third and fourth place with Rother in East Sussex finishing up in the top five.

Read more: Are You Living In The Luckiest Place To Win The Lottery?

Where people have flocked to live:

So what about the worst places to live in the U.K? Turns out the award for the least desirable place to live in Britain goes to London, with the borough of Newham having the highest number of people wanting to leave the area.

Other places to top the list included Brent and Luton in second and third place, while Waltham Forest and Blackburn Darwen rounded out the top five most undesirable areas.

Where people are rushing to leave