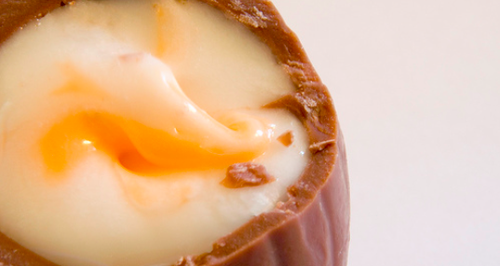 Fans for the classic Cadbury Creme Egg are furious after Kraft food company sneakily changed the recipe… but can you tell the difference… and more importantly, do you even care?

There are those who find them sickly sweet and swear they're the best thing since sliced bread!

However, fans of the sticky treat have recently been up in arms, as food company Kraft Foods have stopped using Cadbury's Dairy Milk in their recipes.

Well, a spokesperson for the company had this to say:

"It's no longer Dairy Milk. It's similar, but not exactly Diary Milk. We tested the new one with consumers. It was found to be the best one for the Creme Egg, which is why we've used it this year.

The Creme Egg has never been called the Cadbury's Dairy Milk Creme Egg. We have never played on the fact that Dairy Milk chocolate was used."

What do you reckon: Is this a first world problem or a true loss to confectionary connoisseurs the world over?

We'll leave you with a couple of video's to help you make your mind up...

I mean… would this egg taste the same with a normal chocolate?

...or this for that matter: