This Elderly Couple In Their 70's Partied At A Nightclub 'Til 5AM! 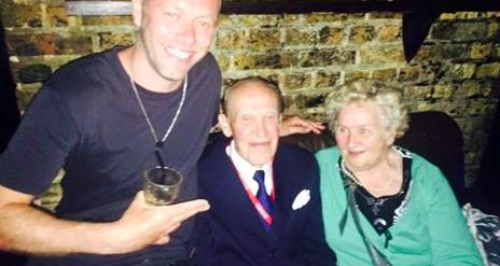 We can barley stay up past midnight these days, but this sprightly pair were wide awake as they partied with ravers until the early hours.

"A couple that raves together STAYS together!"seems to be the motto for an elderly couple were spotted partying away with people half their age at infamous nightclub, Fabric.

Understandably, party-goers were a little shocked to see the pensioners throwing some shapes on the dance floor at the venue's weekly night named, er,  'Wet Yourself'.

Giving the youngsters a run for their money, the spritely pair partied at the underground techno night until 5am after arriving when the doors opened at 10pm - just ONE HOUR before closing time.

What's more the couple were knocking back tequila shots before switching to a good ol' cuppa towards the end of the night.

The Polish couple, originally from Warsaw, were reportedly visiting relatives nearby, but wanted to sample London's nightlife before returning home, and snapped up tickets after seeing an advert for the nightclub in a Polish newspaper.

Dj Hansen told The Evening Standard: "I was downstairs just opening and I saw her on her crutches going slowly down the stairs. I thought they were lost. They didn't speak English really.

"I thought they were maybe relatives of someone from the club, but then I spoke to the people on the door and they said they had tickets.  I ran down to welcome them to the club, I said 'it's amazing you're here' and gave them a drink."

Let's hope we're as fun as they are when we grow old.