Oxford English Dictionary's Word Of The Year... Isn't A Word At All! 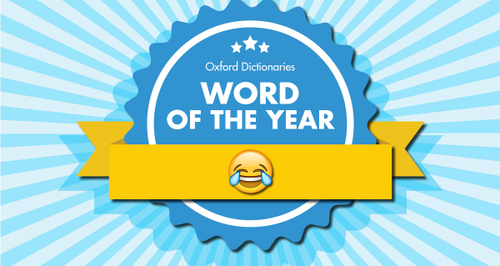 It's that time of year again when he most used word of 2015 is revealed... and it's not what we expected!

In case you missed it, the Oxford Dictionary Word of the Year is the 'tears of joy' emoji.

Yep, that's right, the word of the year isn't even a word. So, why was it chosen?

Emojis (the plural can be emoji or emojis) have been around since the late 90s but they went through a phase of being super uncool. However, it's been 2015 that has brought the emoji back.

This year Oxford University Press partnered with SwiftKey to explore how many times people used certain emojis and what emoji was used the most globally. And it looks like 2015 had us crying with laughter.

Read more: Can You Guess The Movie From These Emojis?