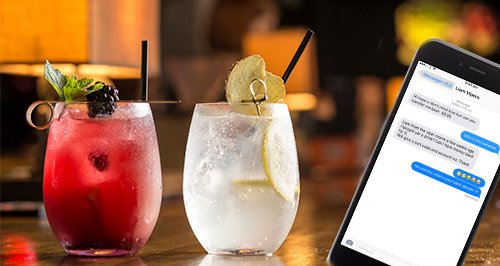 When a guy buys you a drink in a club you'd think there's no strings attached - this guy clearly didn't think so!

Its not uncommon to hand out your mobile number to a stranger when they buy you a drink in a pub or club.

And sometimes you might get an awkward text a couple of weeks later....but this tops ALL the texts from guys we've seen before!

Read More: You Won't Believe How Many People Take Their Dogs On Dates!

Abby Fenton was on a night out in a club called The Viper Rooms with girls when she swapped numbers with a guy she met called Liam.

He bought her a drink, they exchanged numbers and she probably assumed that was the last she'd heard of Liam, until two weeks later when she received this text...

So this jus happened pic.twitter.com/rm4weoTXUQ

Not sure what to do about the situation, she ran a poll for her Twitter followers to vote and the result was overwhelmingly NO to paying him back!

The responses were hilarious too! With many sharing the opinion that it was pretty petty of Liam to go to the trouble of texting Abby all for the sake of £6.50.

Pretty outrageous! Would you pay him back?

Labour: Government 'must promise' students can go home for Christmas