Harry Potter Is Linked With The Teletubbies... And Here's Why! 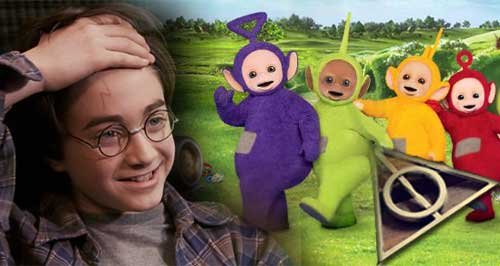 There're two things that every 90s child knows better than the back of their hand - Teletubbies and Harry Potter. But are these two unlikely things linked?

We haven't totally lost our marbles okay...just hear us out!

The first Harry Potter book 'Harry Potter and the Philosopher's Stone was first published back in 1997, the same year that the iconic TV the Teletubbies came out.

Coincidence? Well these fans don't seem to think so...

Meanwhile, we were all also busy burying our noses in the hottest new book franchise and following Harry Potter, Ron Weasley and Hermione Granger as they grew up at Hogwarts and fought the return of Voldemort.

So far to good right?

Well how about if we throw the suggestion of a cross over link between the two into the mix.

Some fans are suggesting that J.K. Rowling was influenced by the smash TV show and this is their theory...

Have you ever noticed the antennae shapes on top of Teletubbies head? Well take a close look, because there seems to be connection to the four shapes and the sign of the Deathly Hallows.

Read more: These Harry Potter Boudoir Photos Are The Portkey To Our Hearts

Some fans are suggesting that Tinky Winky, Dipsy and Po's antennae make up the magical symbol, whilst Laa-Laa's head piece is just like Harry's lightening bolt scar! 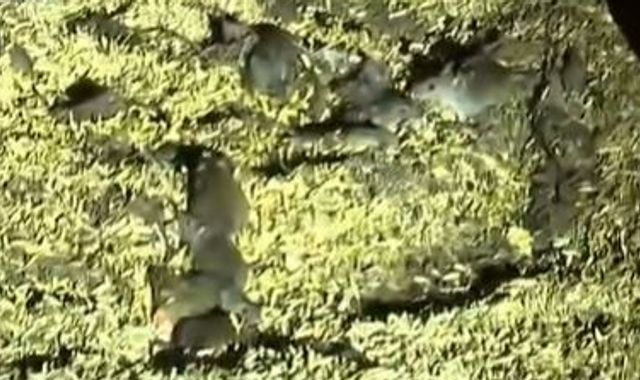