How To Win Monopoly Every Time 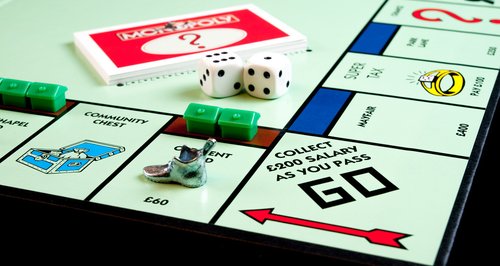 There's a simple way to win Monopoly every time you play – and your opponents will hate you for it! One Imgur user has devised a quick and easy hack so that you can win a Monopoly game EVERY time!

Monopoly is ones of those games that gets wheeled out once a year at Christmas and results in a family feud over the rules.

So how do we end this very long (and sometimes boring) game quickly? An Imgur user who goes by the username "Elfer" has a solution.

He has revealed a positively Satanic Monopoly strategy which supposedly works nearly every time – as long as you don’t mind everyone hating you by the end of it.

It basically boils down to this: In a typical Monopoly game, you build four houses on a set of three squares and then trade them in for motels that will deliver maximum rent when your opponents land on them. But what if you decided to never upgrade your four houses to hotels and instead hoarded them all?

Because there are only 32 house pieces in the entire game, you can actually hold an iron grip on all the available pieces and thus prevent anyone else from building anything. Yes, it's entirely possible as long as your rivals don’t catch on to your strategy.

How to Win at Monopoly and Lose All Your Friends

Imgur user Elpher says: "This strategy involves the use of rules that many people don’t know about, and having the rulebook nearby will speed up the process of dealing with the numerous complaints you’ll receive during the game.

"A little-known rule of Monopoly is that the game has exactly 32 houses and 12 hotels. Once you run out of houses, no more can be purchased until they re-enter the supply by being sold or upgraded to hotels. If there are more players who want to build houses than there are houses available, they are auctioned off to the highest bidder, one at a time.

"The core of this strategy is to buy up as many houses as possible before anyone realizes what you’re doing, and DO NOT UPGRADE TO HOTELS to prevent people from improving their own properties."