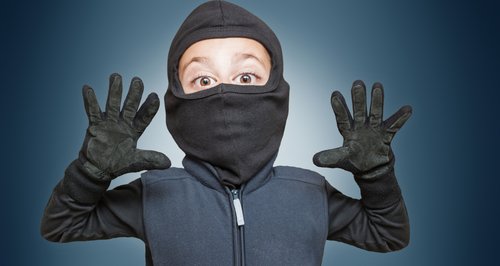 ABH for throwing a biscuit? Give over! Can you believe that stinging nettles, clips round the ear and scratches are all being recorded as violent, crimes. Yes, really!

Norfolk police have revealed that they’ve seen a 14% increase in crime in the past year, but its not down to a vicious crime wave sweeping the county.

It’s because they’re being forced to record even the most minor incidents as violent crimes under new laws introduced by the Home Office.

Yes, that’s right. You better watch out because even throwing a biscuit could get you charged with ABH!

Read on and be amazed at the incidents, which have been dubbed as violent crimes...

1. Death By Biscuit!  A woman threw a biscuit at a man, which hit him leaving a small red mark and this was recorded as actual bodily harm.

2. A Clip Round The Ear: A young child was bought a boxing glove by his parents. He was swinging it round and caught his small sibling with it. Guess what? ABH!

3. MEOW!!: Several members of staff were scratched at a care home. Each scratch was recorded separately leading to five priority violent crimes from one incident. This was again recorded as ABH.

4. The Demon Nettle: Two children were playing together and one brushed a stinging nettle across the arm of the other. OMG - ABH!

5. Chastising Your Child: A member of the public reported seeing a mum slap her three-year-old child on the hand as they left a shop. The police investigated and discovered that the child had taken a bar of chocolate from the shop and hidden it in their clothes. The mum gave the child a single slap on the hand and made them return the chocolate bar to the shop. Both incidents were recorded as crimes. The charge? Assault and Shoplifting

6. Assault By Wheely: Two children were playing together doing wheelies on bikes. Whilst doing this one of them rides into his friend and it's recorded as an assault.

The tighter restrictions surrounding how crimes are recorded are meant to stop offenses going unreported after as 2013 report showed as many as 800, 000 crimes had not been logged.