A piglet had a streak of good luck when she fell from a truck destined for the slaughterhouse and is now living 'high on the hog' on a ranch.

Tiny Pickles was only a few weeks old when she tumbled onto a busy highway and a motorist saved her.

The injured piglet was scooped up by the kind driver at the junction and bundled into his car. He then called Randy’s Rescue Ranch in Old Fallon, Illinois, where staff immediately offered to care for the her. 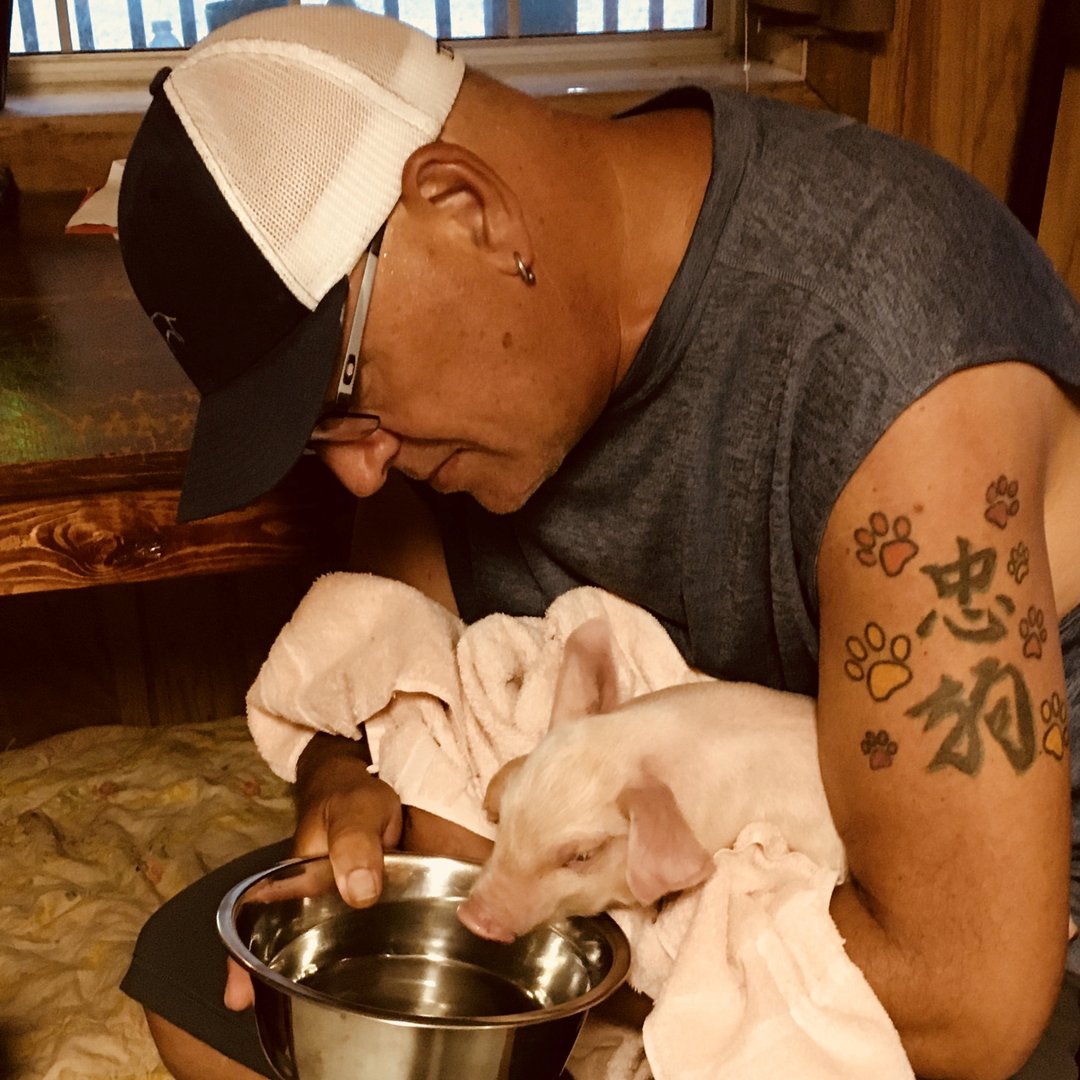 Ranch founder Randy Grim said a telltale tattoo on Pickles' ear indicated that she was being transferred to be raised for meat production.

But now the lucky piglet is loving life on the ranch - playing with other farm animals and scoffing home-cooked meals whipped up by Randy.

Randy, 56, said: “When Pickles first came to the ranch she had a broken leg and red rash which she got from bouncing off the hot pavement.

“The first night I got her she was scared. I wrapped her in a blanket and tried to comfort her. My dogs were not thrilled. 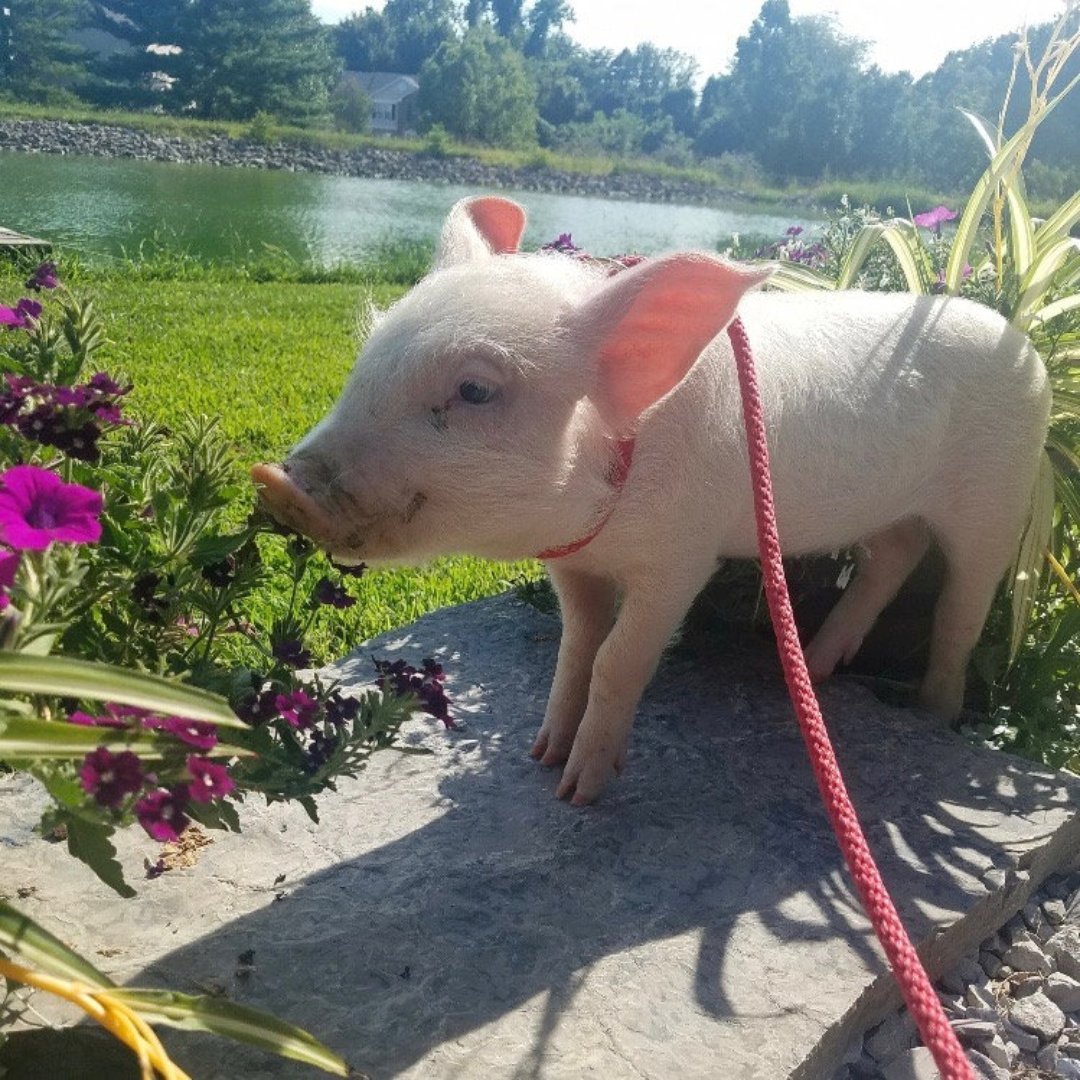 “I didn’t know that much about pigs at the time. She was about three-weeks old. I knew she had escaped from a factory because she has a tattoo on her ear.

“At first she was kind of mean. No one had ever touched her before I think. I’m a horrible cook and no one has ever liked anything I make but Pickles loves it.

“There’s a first time for everything. She loves squash, carrots, apples. I make her three meals a day and her snacks of course. She’s treated like a queen.” 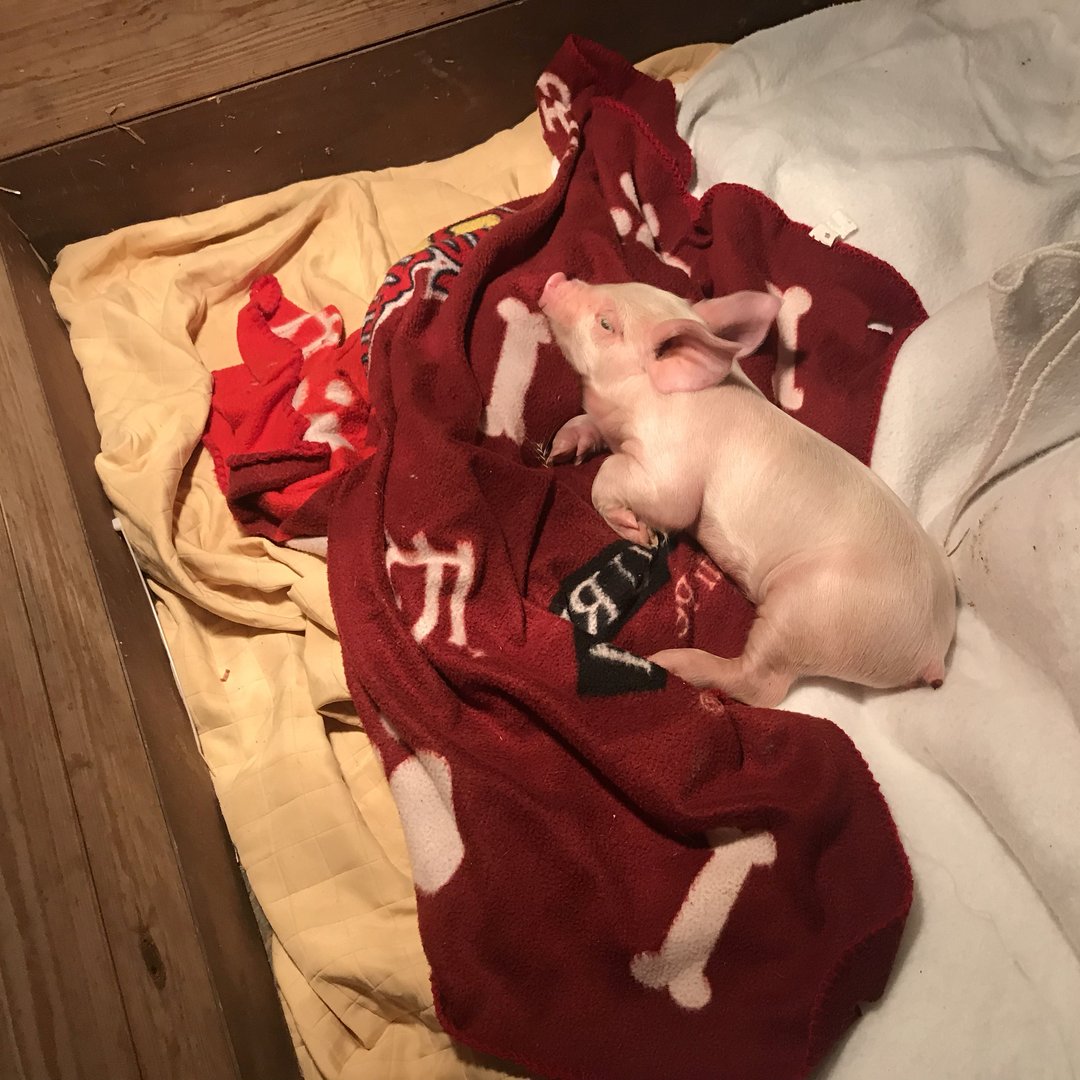 Randy said Pickles, who was rescued on June 29, has made many friends on the 20-acre ranch which is home to 15 farm animals.

The porcine - which is expected to grow to a whopping 300lbs - even shares a room with a Longhorn calf that Randy nursed back to heath a few months ago.

The animal lover, who also runs shelter Stray Rescue of St Louis, added: "She was going to end up being bacon.

"Now she has a happy life. She goes on long walks on her leash, she loves playing chase with me even when I’m in my pajamas.

"She’s changed my life. I can’t even think about eating pork anymore."