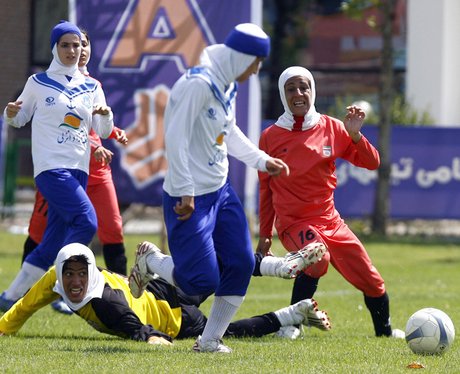 Four players from Iran's women's team have received a ban - because they are men. It's not an isolated incident, with several stars for Islamic republic's top women sides being found to be men awaiting a sex change. Ahmad Hashemian, head of the Iranian football federation’s medical committee, told The Sun: "If these people can solve their problems through surgery and be in a position to receive the necessary medical qualifications, they will then be able to participate in women's football."