Sir David Attenborough Is Buzzing To Have A Snail Named After Him!

Sir David Attenborough has been honoured with a species of snail being named after him and he can hardly contain his excitement!

Sir David Attenborough has certainly made his mark on science which has been celebrated by naming a prehistoric lion, a goblin spider and a butterfly after our favourite biologist. Now, the snail has got in on the action too.

The rare green and red snail was discovered in December 2016 and has since been labelled the Attenborougharion rubicundus.

Read more: Can You Spot The Frog In The Trees? Nature Is Totally Freaking Us Out! 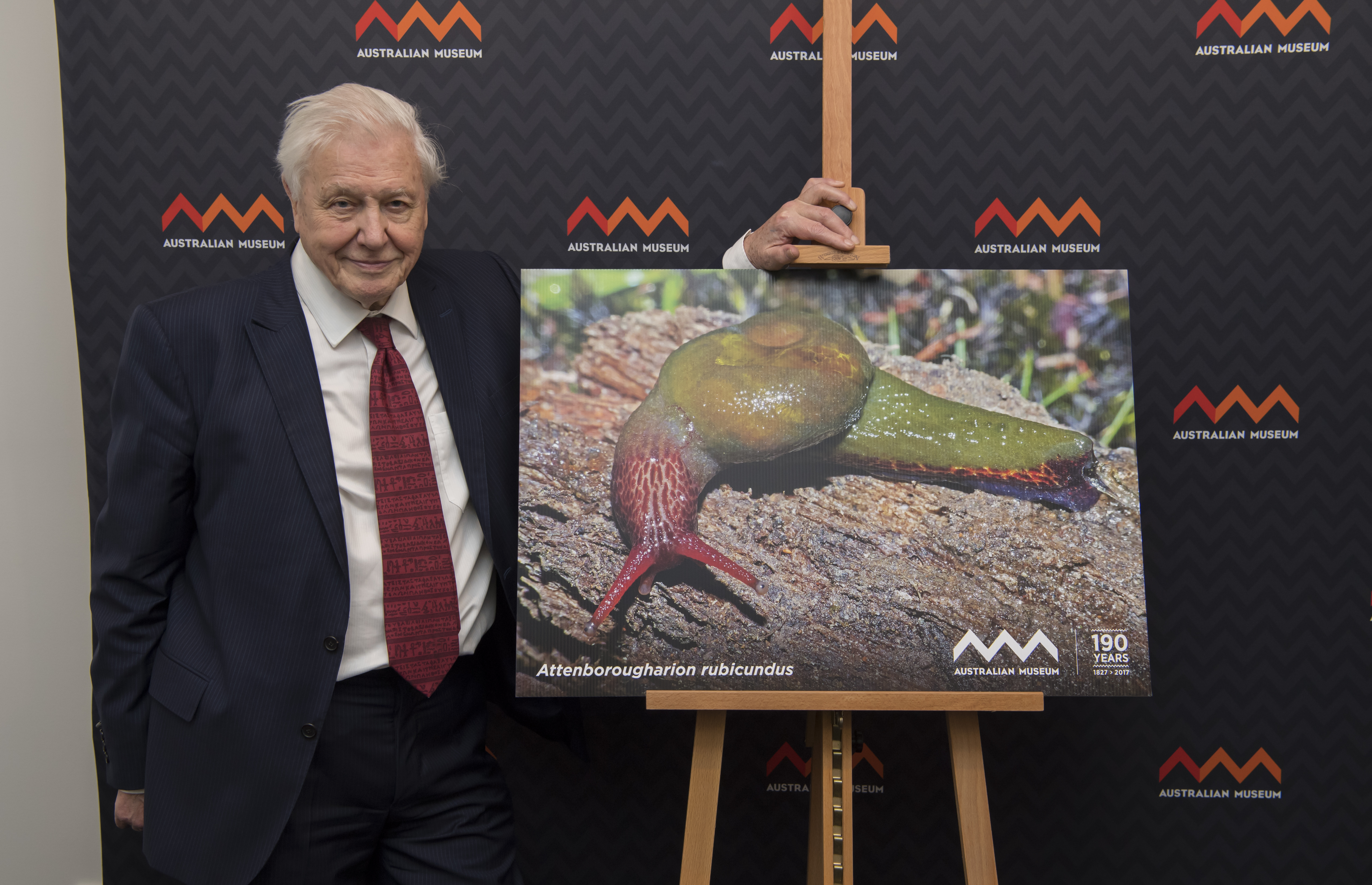 Sir David Attenborough has had a snail named after him. Picture | Getty

It grows to around 35-45 millimetres long and it has a thin, reduced shell and a brightly coloured red and green body.

The Attenborougharion rubicundus (we know, it's quite a mouthful) is only found in a small area in the south-east of Tasmania, Australia, and was bestowed Sir David’s name in a ceremony at Sydney’s Australian Museum on Wednesday, where Sir David was clearly pleased to receive the honour.

In a speech to honour the occasion, the humbled scientist said: "Attenborougharion rubicundus will be on my wall in pokerwork, and I hope a photograph, for a long time to come, and I accept it with the greatest of pleasure and utmost thanks to you all."

Catherine Livingstone AO, the Australian Museum Trust’s President, said in a statement: "There is no one else — you have no peer. Australia and the international community have benefited from your curiosity, knowledge, and unending commitment to the natural world to bring us the stories, and make us aware of the challenges we face, in a way that no one else has been able to do."