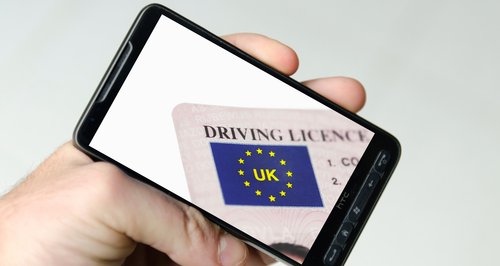 It's a digital revolution and nothing's sacred!

It's a new age and you better be ready to get on board, because by the looks of things we're all going to be expected to be technology super whizzes by the time the year is out.

The latest harebrained idea from the powers that be is to get us all storing our driving licenses on our smartphones.

Alright,l we guess it kinda makes sense seeing as we have our phones practically glued to our hands already, but it still sounds a little intimidating to us!

Chief executive of the Drive and Vehicle Licensing Agency Oliver Morley Tweeted a new prototype of what the phone version could potentially look like.

So here's a little prototype of something we're working on #drivinglicence pic.twitter.com/a5eItrdiNI

Read more: 7 Hidden Secrets Of WhatsApp That You Need To Know About

With no set timeframe for the updated 'pass' yet however, so until then we can still cruz around without a care in the world. As you were team.

South Africa 'diamond rush' stones turn out to be quartz

Brexit, borders and bedlam: The political crisis in Northern Ireland is far from over