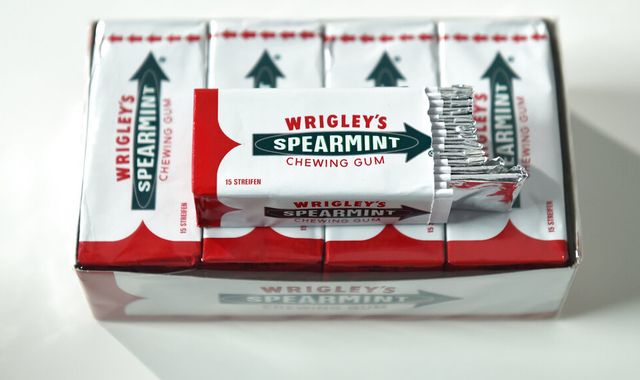 A teenager who helped steal £30,000 of Wrigley's chewing gum to pay off a debt has avoided being sent to jail.

Keon Sanderson, 18, was part of a trio who raided a lorry as the female driver slept while parked at Gloucester Services on the M5.

The gang took seven out of 19 pallets of chewing gum after cutting open the side of the vehicle during a "sophisticated" operation on 4 May this year.

They fled the scene after another driver spotted them and called the police, sparking a chase along the motorway to Cheltenham.

They ended up driving the wrong way on the A40 before dumping their lorry near a BMW dealership and running away.

Sanderson and co-defendant 20-year-old Ellis Benecke - a once promising footballer whose career hopes were destroyed by drugs and debt - were arrested shortly afterwards.

The lorry driver revealed how she took a week off work with emotional distress after "effectively her home was broken into".

Sanderson was "coerced" into the raid to cancel his outstanding debts and would not have profited from the sale of the gum, Gloucester Crown Court heard.

He was a "foot soldier" and played "absolutely no part" in planning the heist.

"This was very much done under the boot of an individual who was much older than he was," defence barrister Mandla Ndlou said.

Police initially thought Sanderson, from Birstall near Leeds, West Yorkshire, was the getaway driver but now accept that was not the case, the court heard.

The 18-year-old pleaded guilty to theft, possession of cannabis and failing to provide a breath test, sample of blood or urine for analysis.

Sentencing him to 10 months in prison, suspended for 18 months, recorder judge Richard Mawhinney said: "This was a sophisticated and planned operation to identify a vehicle from which goods were to be stolen."

But he added: "I accept that planning was not yours, and you were effectively a foot soldier.

"You were under a certain amount of pressure to perform these actions, but at the same time you benefitted by having a debt written off."

He was also handed 150 hours of unpaid work, £200 court costs, and is banned from the road for 18 months for refusing to take a breathalyser test or give a sample.

Benecke, from Leeds, was handed an eight-month prison sentence, suspended for 18 months, and 140 hours unpaid work for theft and cannabis.

He was sentenced at the same court on Monday after also admitting taking part in the heist to settle a debt.