Eight Words You Didn't Know Were Made Up 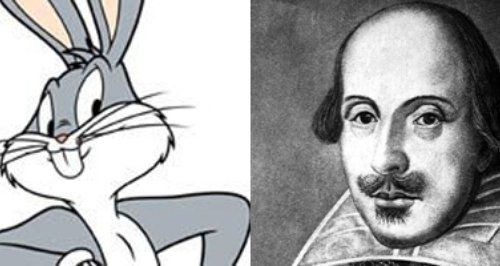 You use these words everyday - but you won't believe where they come from.

Okay, so technically all words are 'made-up' - but not usually by one person!

All these words were plucked out of thin air, only to become part of our common language.

Over 1,700 words - William Shakespeare!
By the most recent estimates, the Bard created almost 2,000 words! From "bump", first used in 'Romeo And Juliet' and 'A Midsummer Night's Dream''s "swagger" to "luggage" in 'King Henry IV, Part I', Shakespeare's contribution to the English language is virtually unparalleled.

"Nerd" - Dr. Seuss.
If you've ever been called a 'nerd', now you know who to blame! The 'Cat In The Hat' author coined the phrase in his 1950 book 'If I Ran The Zoo': "And then, just to show them, I’ll sail to Ka-Troo/And Bring Back an It-Kutch a Preep and a Proo/A Nerkle a Nerd and a Seersucker, too!"

"Boredom" - Charles Dickens.
The first recorded use of the word 'boredom' was in Charles Dickens's classic 1852 novel 'Bleak House': "only last Sunday, my Lady, in the desolation of Boredom and the clutch of Giant Despair, almost halted her own maid for being in spirits." So next time you're bored at work, spare a thought for this poor maid!

Read more: Shakespeare Gets His Own Set Of Royal Mail Stamps

"Chortle" - Lewis Carroll.
We all love a good giggle…but did you know where the word 'chortle' comes from? Chortling actually describes the action of both 'chuckling' and 'snorting' simultaneously, and originates from Lewis Carroll's poem 'Jabberwocky' from his 1871 novel 'Through the Looking Glass'.

When it came to insults, the Loony Tunes' most famous character was always creative. The cheeky rabbit even repurposed the word 'nimrod' - a Hebrew term for 'hunter' - to mean 'imbecile'. He never did like Elmer Fudd much.

Bugs Bunny and William Shakespare - both inventive with language.

"Cyberspace" - William Gibson.
Even science fiction Gibson wouldn't have known how much a part of our everyday lives the internet would become when he popularised the term 'cyberspace' with his 1984 novel 'Neuromancer'.

"Yahoo" - Jonathan Swift.
Next time you celebrate something by shouting 'yahoo!', remember that the man who made the word up originally used it to describe a Neanderthal-like people. In 'Gulliver's Travels', Swift wrote: "The Fore-feet of the Yahoo differed from my Hands in nothing else, but the Length of the Nails, the Coarseness and Brownness of the Palms, and the Hairiness on the Backs."

Read more: Stars Of The Stage Sign Up For EPIC Shakespeare Live Event

And last but not least...

"Catch-22" - Joseph Heller.
A 'catch-22' is a situation made inescapable by paradoxical rules. For example, some jobs require you to have experience that you can only acquire through doing that same job. Joseph Heller made up the term for his 1961 war novel of the same name.