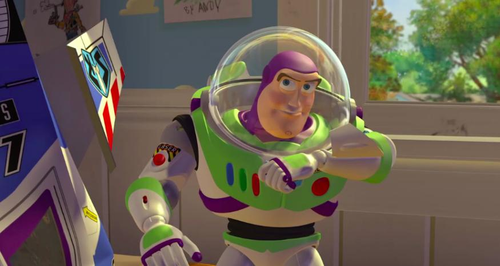 As the former Army Major becomes the first Briton to serve as an astronaut on a mission to the International Space Station (in less time than it would take to travel from London to Scarborough!) it's left us a little disgruntled about our time here on earth.

While Tim Peake makes history as the only Brit to travel to the International Space Station, it has got us thinking about the ways in which planet Earth could work a little bit better for us.

Cross country travel and poor WiFi connections are just some of the things we'd have better luck with up in space! We've rounded up some of the ridiculous facts about Tim's journey that made us look at life a little differently.

1. We couldn't even travel from London To Scarborough in the time it takes Tim to travel to the International Space Station...

Can you believe that the International Space Centre isn't actually that high up? It's about 450km from earth in what's called 'Low Orbit', while the distance from London to Scarborough is 458km.

2. What's more... We couldn't even cook a bowl of pasta in the time it takes for Tim's rocket to reach orbit.

While pasta seemed (to us mere mortals) like a quick and easy meal, ready in 10 minutes... It will only take 8 mins 48 secs for the Soyuz rocket to get into orbit. HA! Just putting things into perspective for you....

3. He will be downloading and watching the brand new 'Star Wars: Force Awakens' film... Meanwhile we're still waiting for our Netflix to stop buffering.

Can you believe that Tim Peake is hoping to watch the new Star Wars film while he is up on the ISS? At a recent crew news conference he said ground staff will be able to download 'Star Wars: The Force Awakens' for the crew to watch.

4. While we'll all be piling on the pounds over Christmas, Tim (technically) won't put on any extra weight...

Technically speaking, because of the lack of gravity in space...astronauts don't weigh anything at all! What's more, there's no need to have muscle mass to support you in a weightless environment so your body mass automatically starts to shrink!

5. Tim has access to the internet in space... yet we can't even get WiFi on the other side of our house!

Yep, laptops at the International Space Centre are connected to a LAN which can be used to receive data primarily used for video. There's also an application so that their laptops can mirror the desktop computer connected to the internet on the ground. So it's not quite WiFi, but something tells us it's still better than our measly connections!

6. He's the 2nd British person to EVER to go into space... Meanwhile we'd be lucky if we were 2nd in queue on the phone to our network provider.

We've all been 108th in the queue whilst on the phone to customer services! Argh... the numbers just get more and more depressing!

Hmm, now that we've weighed it up... it looks like living on Earth really isn't a match for space. We'll get packing our bags now shall we?