Hilariously Scathing TripAdvisor Comebacks From Staff Offended By THESE Reviews. 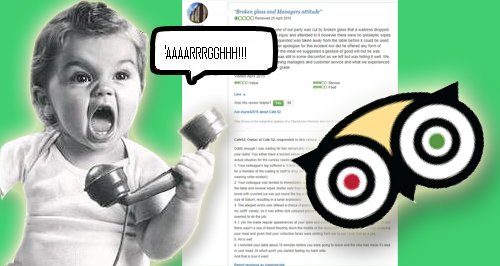 Gone are the days when a simple apology from staff would smooth issues over. These staff take their reputations VERY seriously and felt compelled to write these catty comebacks to customers...

Some staff take their reputation very seriously. So much so, they've felt compelled to write these catty comebacks to customers...

A customer who left a terrible review on TripAdvisor of a cafe and bistro in York may have been shocked to find that staff there were a little less than apologetic.

Hannah C, from north Yorkshire had complained that the cafe was 'overprice and very rude staff', after ordering a slice of lemon and water which cost her £2.
She writes: "When I asked why I was being charged so much for some water the waiter rudely said "well, do you know how much a lemon costs?" Yes, its definitely not £2." 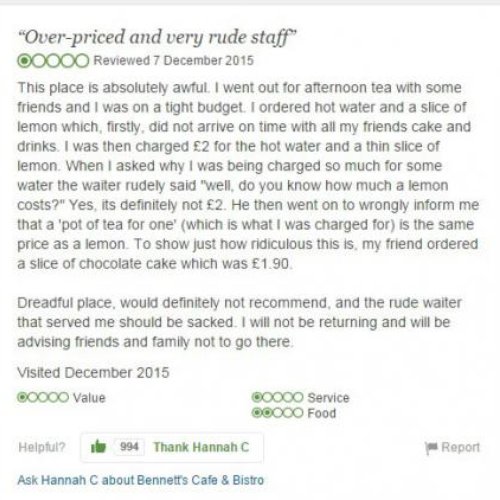 However, Hannah didn't get the reply she was expecting as a member of staff took the opportunity to break down exactly why her pot of lemon water cost so much.
In a reply to the post, the manager wrote: "I’m sorry that you feel that you were “ripped off” and I’ll try to explain why you weren’t," before reeling off a list of 'time-consuming' tasks including selecting a knife, chopping board, and getting a lemon from the fridge. 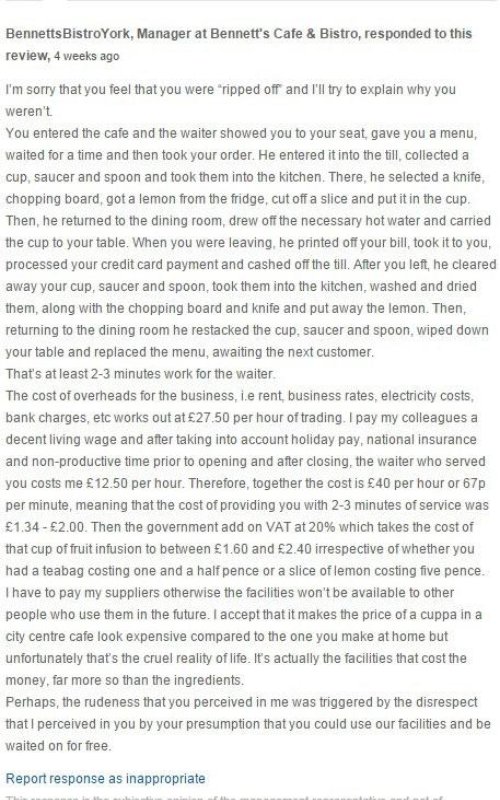 A restaurant manager hit back with a brilliant put-down after a customer said she was "repulsed" by a waiter with piercings - and claimed the eatery was a ‘freak show’.

A user named Elizabeth had noted the staff's "large septum ring in the shape of a horseshoe" was an "interesting look" before admitting: "I wouldn’t like to meet him in a dark alley and would have preferred him not to be serving me food either!” 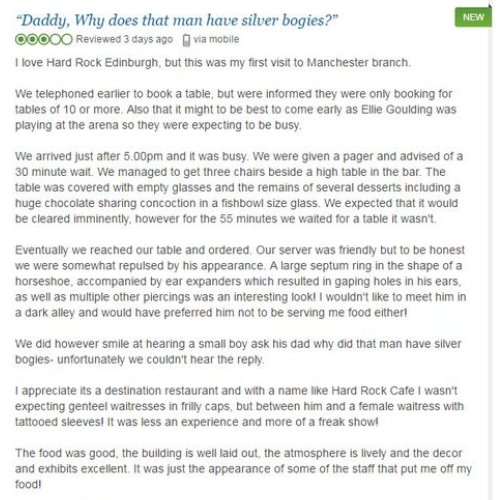 Manager Ben Greig apologised for Elizabeth’s wait but defended his staff by noting that the restaurant's motto is ‘love all, serve all’.

He added: “It’s sad you couldn’t look past his appearance and see him for the genuine, nice guy that he is."

Well, that will show her! 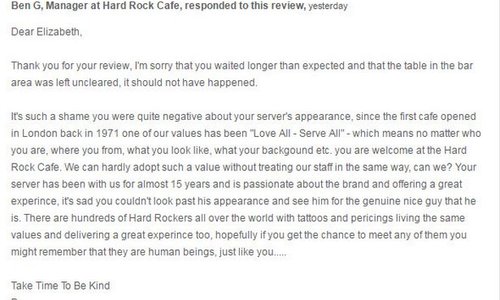 A disgruntled customer complained about the service at Café 52 in Aberdeen on TripAdvisor after being displeased about the response from staff when one of the party was injured by a glass dropped by a waitress.

Part of the complaint read: "At no time did the manager apologise for this incident nor did he offer any form of recompense at the end of the meal we suggested a gesture of good will but he was reluctant. (sic)" 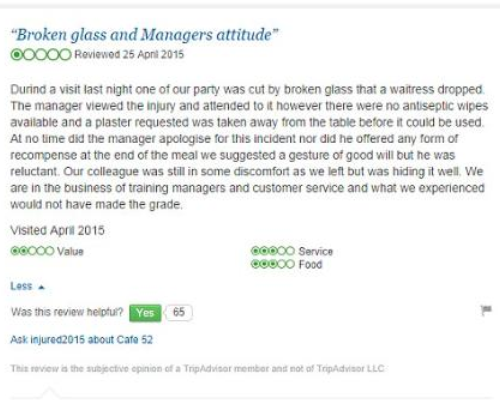 However, owner Steven Bothwell wasn't taking the comments lying down and responded in a lengthy post in which he described the customer as having a "twisted sense of reality".

Speaking about what he considered the real timeline of events, Steven added: "I revisited your table about 15 minutes before you were going to leave and the vino had made its bed in your head. At which point you started feeling my back side.... this is how it went."

We wouldn't want to get on the wrong side of these staff members!