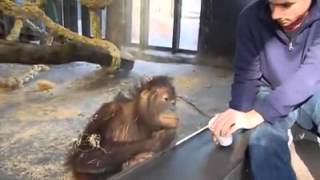 If you've had a bad day, then you NEED to watch this!

Forget Darren Brown and don't even think about Penn & Teller. It turns out that all you need is a cup and a chestnut. Oh and an orangutan!

The orange ape was filmed guffawing at Barcelona Zoo. He watches intently as a member of the public on the other side of the glass performs a magic trick. 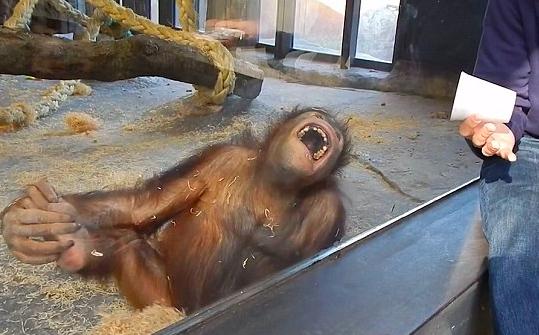 The man shows the orangutan that he puts the chestnut in a cup, performs a bit of magic and then reveals that the cup is empty!

There's a brief moment when we're not sure if the orangutan is going to react and then the best thing happens! Watch the video to find out.

If this doesn't make your day then we don't know what will...