Ey Up WATCH This! Yorkshire Stars Come Out In Force For AMAZING New Tea Advert 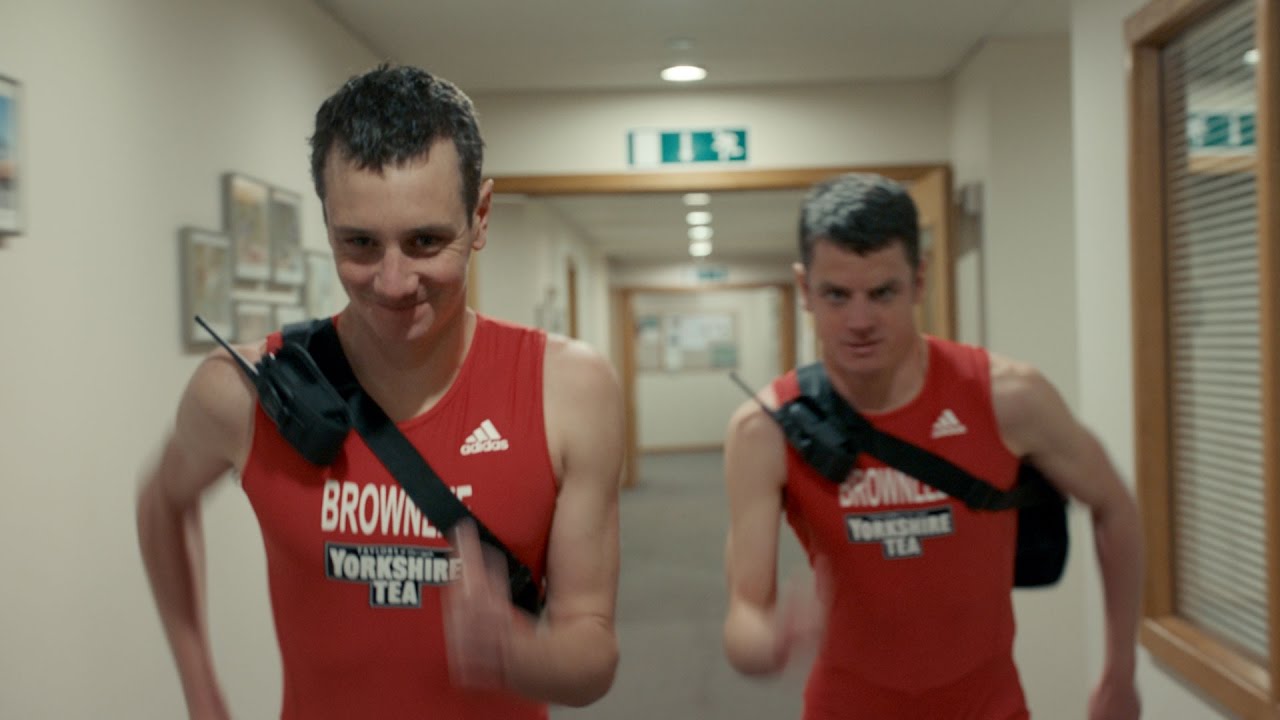 The Harrogate-based tea company believes in doing things 'proper', which is one of the reasons why it has dedicated £7 million to marketing!

In one of the adverts, triathletes Alistair and Jonny are 'tea couriers' delivery an urgent package to the company's headquarters. First they swim, then they cycle and then they're told off for running through the factory... don't take our word for it, watch the video above!

The advert also takes the mickey out of the brothers' famous rivalry. When a lady hands Alistair a cup of tea she says 'oh, it's you who has Gold, isn't it?' referring to Yorkshire Tea Gold Blend, but ALSO Alistair's narrow win over his brother Jonny in Rio, who secured a silver medal.

Other famous Yorkshire faces who appear in the adverts are Sir Michael Parkinson and Ricky Wilson with his band, Kaiser Chiefs.

Parky is the ultimate job interviewer, surprising an unsuspecting Barnsley lad who's trying to get a 'tea buying' job! See Parky doing his thing here...

Read more: Ant And Dec Are No Longer Britain's Favourite Double Act! But Guess Who Beat Them...

Then there's the Kaiser Chiefs, who are tasked with singing the 'on hold' music when the receptionist has to transfer callers... hilarious! Watch poor Ricky's face when he can't even sing the first line of 'I Predict A Riot' here...

It turns out that all of Yorkshire Tea's hard work is paying off. The company is growing year on year!

Read more: Your Favourite Chocolate Bar Could Cost More Than £1 By Next Year

What do you think? Are you a fan of a Yorkshire brew? Let us know below...