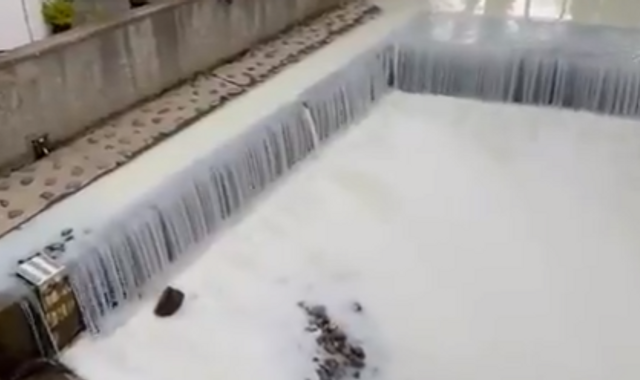 A river in Wales has turned white after a milk tanker overturned and spilled its contents into the water.

Images and video posted on Twitter showed the River Dulais in Llanwrda, Carmarthenshire, discoloured after the incident.

May Lewis posted a video on the social media site which showed milky water cascading over a small waterfall.

A tweet from Natural Resources Wales (NRW) read: "An unknown quantity of milk has entered the River Dulais today following a RTC (road traffic accident) that involved a milk tanker which had left the road."

The body said the event had caused "significant discoloration".

NRW officers attended the scene on Wednesday and were scheduled to return on Thursday to assess the impact of the spill.