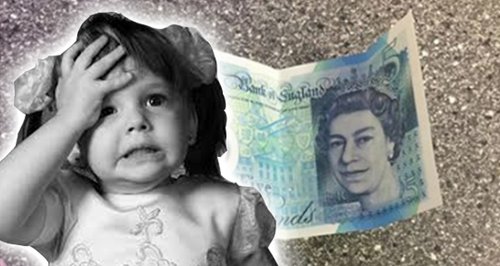 Now we know what happens when you accidentally send one for a spin in the tumble dryer and no, you can't spend it.

When it was announced that there was going to be a new £5 note, we were told that it would be water-resistant, it would be hard to tear and difficult to replicate. Excuse us for thinking that the new polymer fiver was indestructible.

Since they came in to circulation a month ago, people have been putting them to the test, dunking them in water and tearing them in half (Do they realise that it's costing them a fiver every time they prove the Royal Mint wrong?)

Read more: These People Are Doing AMAZING Things With The New Fiver 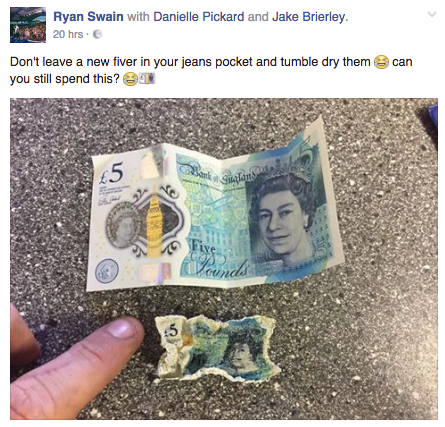 Now we know what happens when you accidentally send one for a spin in the tumble dryer and no, you can't spend it.

The photo was shared by Ryan Swain on Facebook, his finger pointing at a shrivelled, shrunken £5 note.

You know, it reminds us of when we used to put an empty bag of crisps in the oven to shrink them to make them into key rings (yes, we were cool kids).

The new fiver was designed to make the currency more secure from counterfeits as well as making them more durable. As well as the Queen, they feature wartime Prime Minister Sir Winston Churchill.

We really do wish that people would stop testing them though. It's such a waste of £5...

Brexit: UK and EU will 'rip each other apart' in talks, France predicts