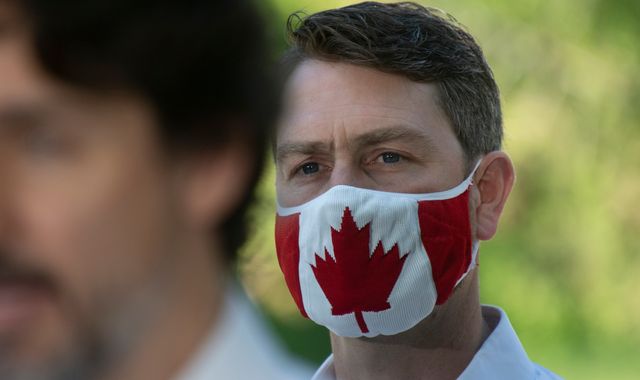 A Canadian MP left red-faced after appearing naked during a virtual meeting of the House of Commons has been caught out again.

William Amos, who has represented the Quebec district of Pontiac since 2015 for the Liberal Party, has apologised for urinating while virtually attending Commons proceedings.

It comes just a month after he appeared naked on an internal parliamentary feed with only what appeared to be a mobile phone preserving his modesty.

After the latest incident on Wednesday night, Mr Amos said he will be stepping aside temporarily from his role as parliamentary secretary to industry minister Francois-Phillippe Champagne.

He will also step down from committee duties so he can get help.

He will continue to act as an MP, however, and thanked his staff and family for their love and support.

In a statement posted on social media on Thursday, he said: "Last night, while attending House of Commons proceedings virtually, in a non-public setting, I urinated without realising I was on camera.

"I am deeply embarrassed by my actions and the distress they may have caused anybody who witnessed them.

"While accidental and not visible to the public, this was completely unacceptable, and I apologise unreservedly."

Mr Amos also said the first incident in April was unintentional, saying at the time: "My video was accidentally turned on as I was changing into my work clothes after going for a jog."

Claude DeBellefeuille, an MP for the opposition Bloc Quebecois party, had suggested that parliamentary decorum requires male parliament members to wear a jacket and tie - and a shirt, underwear and trousers.

Speaker Anthony Rota had reminded MPs to always be vigilant when they are near a camera and microphone.