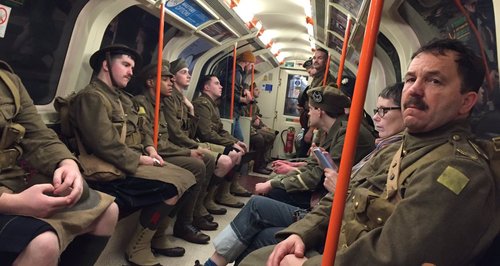 Did you see any of them on your way to work?

Whether you're in London, Bristol, Wiltshire or Newcastle, you may have spotted a battalion of WWI soldiers at the train station on your commutes to work.

Up and down the country, young men in military uniforms are handing out business cards with the names of those who died in the Battle of the Somme, 100 years ago today.

Read more: Don't Panic! The Verdicts Are In For The New Dad's Army Film

Thoroughly mind-blown when these silent ghosts fell in behind me this morning in the City
#wearehere pic.twitter.com/ZpuW5gj96V

The soldiers don't speak to commuters but instead hand them the business card.

@DJMac_ 1WW Soldiers on Glasgow Subway. Each has identity of a man who died this day in 1916 #wearehere pic.twitter.com/NIblkECD5S

The best WW1 remembrance since the field of poppies. #WeAreHere pic.twitter.com/hetuDTw5S3

How beautiful, an elderly lady full of emotion on a Blackpool tram #wearehere #blackpool pic.twitter.com/dpEKkWpZpY

One elderly woman found the experience emotional and was photographed wiping away a tear.

Have you seen the World War One soldiers parading through #Plymouth today? | https://t.co/haWcXObHMP #wearehere pic.twitter.com/l6lyXkHoOC

@Dawn_French some are heading up to #Snowdon summit. #Somme100 #wearehere pic.twitter.com/XtTED3Sqe3

They have also been spotted by celebrities on their commute to work:

Has anyone seen WW1 soldiers on their commute this mornin?! #wearehere pic.twitter.com/0zdxc7SLko

Today marks 100 years since the the Battle of the Somme, where thousands of British and French soldiers, some of which were highly unskilled, were killed on the battlefield during the First World War. 19,240 soldiers died on the first day.

The battle lasted 141 days and finally ended on 18th November 1916, where only 20 miles of land was won at that time.

Did you spot any soldiers on the way to work? Let us know! 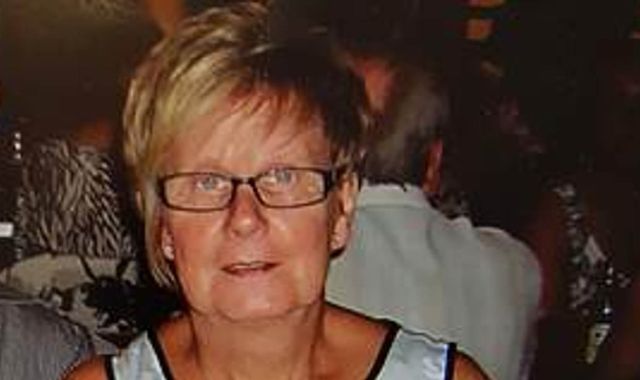