The documentary, aptly titled 'Diana: In Her Own Words' was initially met with backlash from critics who claimed that airing the intimate tapes were an invasion of her privacy.

Viewers have taken to Twitter to air their views after an explosive documentary about the Princess of Wales unveiled some shocking revelations.

The two-hour programme saw Diana talking in depth about her troubled marriage to Prince Charles on tapes recorded by her speech coach Peter Settelen, during private sessions at her home in Kensington Palace between 1992 and 1993.

The documentary, aptly titled 'Diana: In Her Own Words' was initially met with backlash from critics who claimed that airing the intimate tapes were an invasion of her privacy. 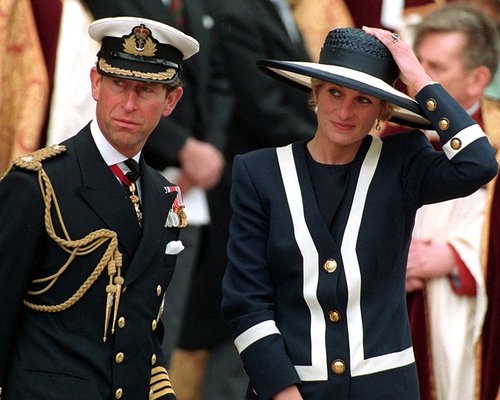 Despite network bosses being urged to pull the plug on the programme, it finally aired on Sunday night, and it's safe to say it's left fans divided.

While some were left reeling at producers for exploiting the Princess' private conversations, other applauded the network for showing her in such a candid light and insisted the programme only made them love her more.

Feel like I'm overhearing a conversation I shouldn't be listening to. But can't help turning away either. #dianainherownwords

I really wanna watch #DianaInHerOwnWords but feel like it's almost a betrayal since the tapes were never made to be shown to the public?

#dianainherownwords stuffy BBC could never delivered a doc like this. Top marks C4.

If Diana never wanted these recordings made public she wouldn't have made them. She secretly wanted the world to know #dianainherownwords

#dianainherownwords stuffy BBC could never delivered a doc like this. Top marks C4.

Meanwhile, the controversial programme made shocking claims throughout as Lady Di divulged on her life and loves.

Throughout the documentary, she spoke on her frosty relationship with the royals, feeling isolated and her battle with bulimia.

Diana also expressed how she felt when she realised that Charles was having an affair with Camilla, while also admitting her own dalliances as a result.

The documentary is just one of many that have been made to commemorate the untimely death of the Princess, who died following a fatal car crash in Paris twenty years ago on August 7th 1997.