The Duchess Of Cambridge Is PREGNANT With Baby Number Three!

Kensington Palace has announced the Kate Middleton is expecting her third child with Prince William.

The Duchess of Cambridge expecting her third child with Prince William, Kensington Palace announced via their Twitter page on Monday morning.

According to sources the couple are "delighted" by the news, which will see their children Prince George, four, and two-year-old Princess Charlotte become big brother and sisters.

As with her previous two pregnancies, the Duchess, 35, is suffering from severe morning sickness and is being cared for at Kensington Palace. They also revealed she will no longer carry out her planned engagement at the Hornsey Road Children's Centre in London today.

It's thought that her illness has meant she has had to reveal her pregnancy before the traditional 12-week-date. 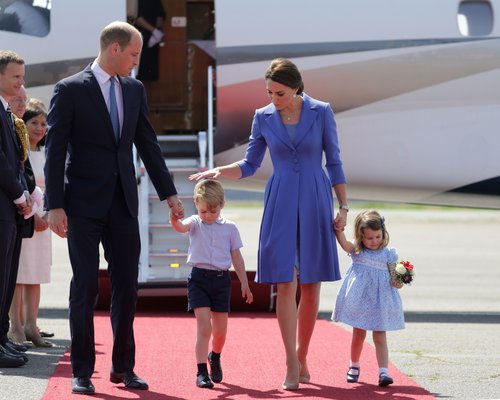 Kate speculated about the prospect of another child when she was offered a cuddly toy designed to soothe tiny babies during an event in Warsaw, Poland. Saying thank you for the present, she turned to the Duke, laughing, and said: "We will just have to have more babies."

Prince William and Kate's next child will replace Prince Harry as fifth in line to the throne.