When is Meghan Markle's birthday? How old will the Duchess of Sussex be, how will she celebrate and who will she be with?

The new Duchess of Sussex will be turning 37 on 4th August this year - but won't be spending her birthday the way she normally would.

Meghan Markle's 37th birthday falls on Saturday 4th August and it will be the first one she'll be celebrating alongside Prince Harry as the Duke and Duchess of Sussex.

However, it's probably not the celebration she's hoping for - as she'll actually be attending a wedding.

Harry and Meghan are to attend the wedding of Charlie Van Straubenzee and Daisy Jenks in the village of Churt, Surrey.

And Megs won't be able to make her excuses, as Charlie is one of Harry's BFF's from his time at Ludgrove Prep School in Berkshire. Such a good friend, in fact, that Harry is actually taking on best man duties for the ceremony.

This means that not only will Meghan be attending a wedding of someone she doesn't know that well, she'll likely be sitting alone whilst Harry acts as wing man. 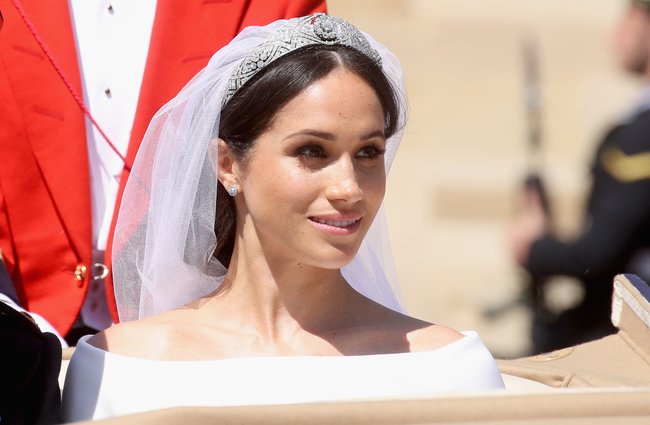 However, this won't have been the first time Meghan has met Charlie; he and brother Thomas were ushers for her wedding day on May 19th this year.

It is also reported both Charlie and Prince William 'roasted' Harry in a speech during their wedding reception at Frogmore House.

The Sunday Times reports Charlie made a joke about Harry being 'dorm room monitor', and regaled: "All I wanted was a cuddle from my mummy, instead Harry nicked my teddy bear and chucked it out on to the roof.

"Ladies and gentlemen, I ask you, how can you put someone in charge of a dorm when that someone is worse behaved than the whole dorm combined?"