Did Will and Kate Throw George's Birthday Bash At THIS Cheap High-Street Restaurant? 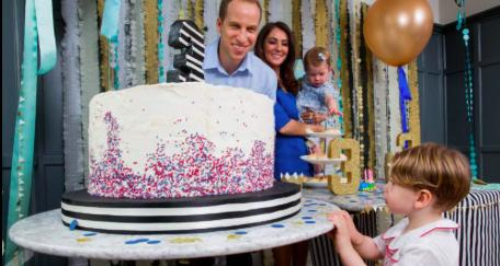 The family celebrate with a piñata cake and plenty of dough balls but all is not as it seems.

Kate Middleton and Prince William appear to have turned down posh nosh at Kensington Palace in favour of some more down-to-earth grub as they partied up a storm for Prince George's third birthday.

The hilarious new photos, which features lookalikes, see the royal couple treating Prince George and Princess Charlotte to a slap up meal at Pizza Express with a three foot piñata cake to mark the occasion. 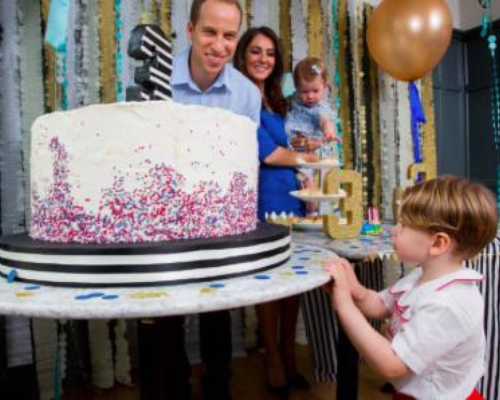 Prince George is seen looking eager to tuck into the cake which is bursting with 250 dough balls.

William's lookalike is seen leaning over the cake gleefully as he watches his son tuck into a tasty dough ball.

Meanwhile a brunette model bears a striking resemblance to Kate, even wearing her signature long sleeved royal blue dress as she holds onto a wriggling Princess Charlotte.

Read more: These Rings Look Exactly Like Pippa Middleton's But Cost Almost NOTHING! 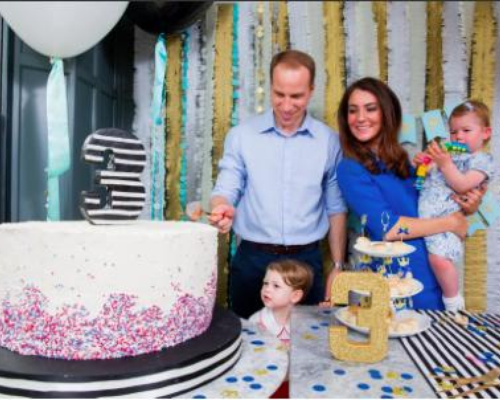 The portraits were taken at the family home in Amer Hall, Norfolk and see the third in line to the throne playing in the garden in a series of cute outfits.