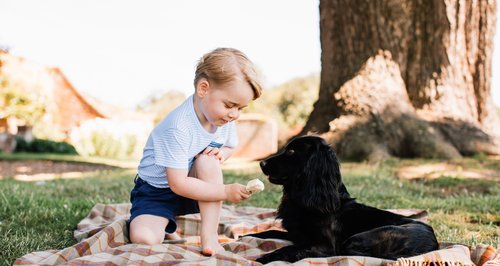 We can't believe it's been three years already!

One of the adorable snaps sees the royal tot offering some of his ice-cream to their family dog Lupo as he plays in the gardens of their family home, Anmer Hall, in Norfolk.

Dressed in casual shorts and a t-shirt, George is the perfect picture in another candid portrait which sees him playing happily on a swing.

The wooden seat is inscribed with the names of his parents William and Catherine and is thought to have been a gift to the couple on their wedding day. 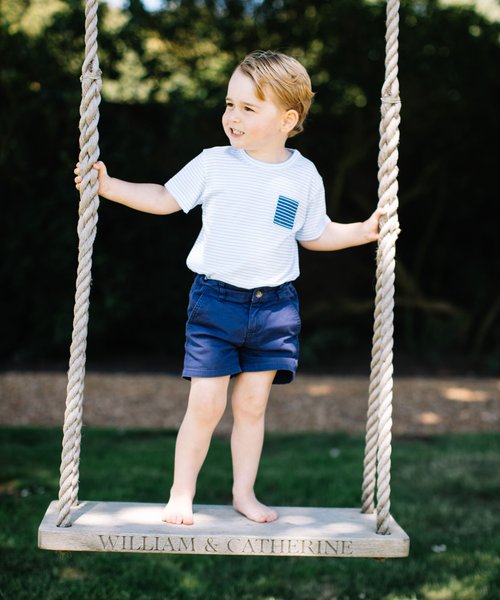 The final picture sees the third in line to the throne taking a casual stroll through the garden wearing his favourite trotter shoes and a jumper.

Since the release of the pictures the Duke and Duchess of Cambridge have thanked well-wishers for the greetings they had received to mark George's special day.

A Kensington Palace spokesman said: "The Duke and Duchess hope that people will enjoy seeing these new photographs.

"They would like to thank everyone for all the lovely messages they have received as Prince George celebrates his third birthday." 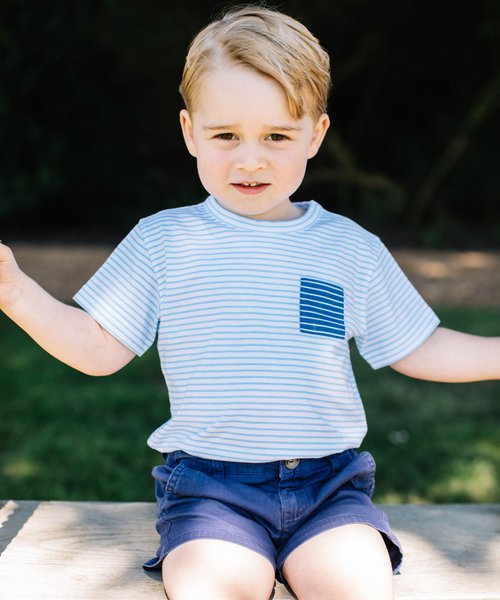 The collection of pictures were taken in mid-July by photographer Matt Porteous, who said he felt "honoured" to have been given the opportunity.

He said: "I really enjoyed the opportunity to take these photographs of Prince George. It was a very relaxed and enjoyable atmosphere.

"I'm honoured that they have decided to share these images with the public to mark his third birthday." 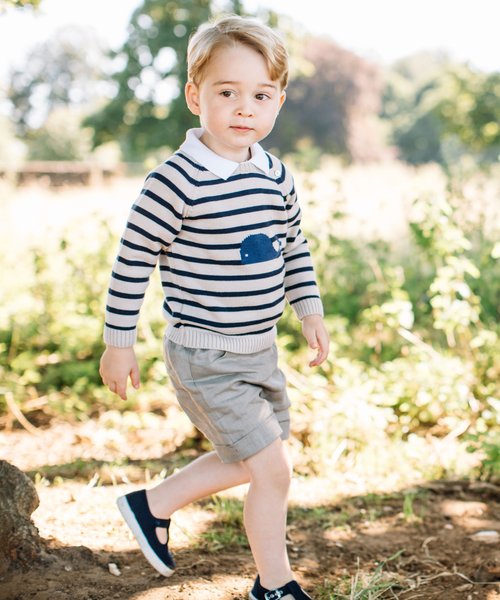 The future king is expected to be the star guest at a party hosted by his parents and proud mum Kate has described her son as "a really lovely little boy" and a great brother to his sister Charlotte.

Last year, George was treated to a second birthday at the family home near Sandringham, the Queen's Norfolk home. 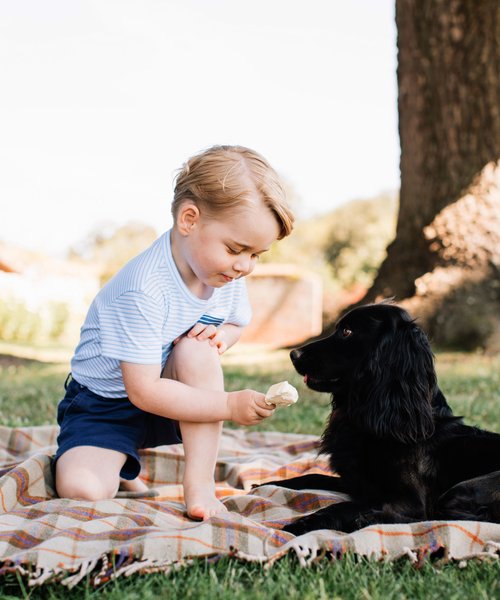 The intimate do for family and friends included his parents, Charlotte, grandmother Carole and great-grandfather Prince Philip.

It's thought that Kate might call on the help of her newly engaged sister Pippa Middleton for this year's celebrations as her sibling is heavily involved in the Middleton party planning business.

COVID-19: Self-isolation period in England cut to five days as 16 and 17-year-olds invited for booster jabs