What Meghan's Parents Said Of Her Engagement To Prince Harry Made Us Cry!

Meghan Markle's parents have spoken for the first time to announce their daughter's engagement to Prince Harry and the touching message has us reaching for tissues.

Every parent hopes their daughter will find someone who will treat them like a princess, so you can only imagine the delight in knowing your daughter will ACTUALLY become one.

Meghan Markle's parents Doria Ragland and Thomas Markle have spoken for the first time to announce that their daughter is engaged to Prince Harry. 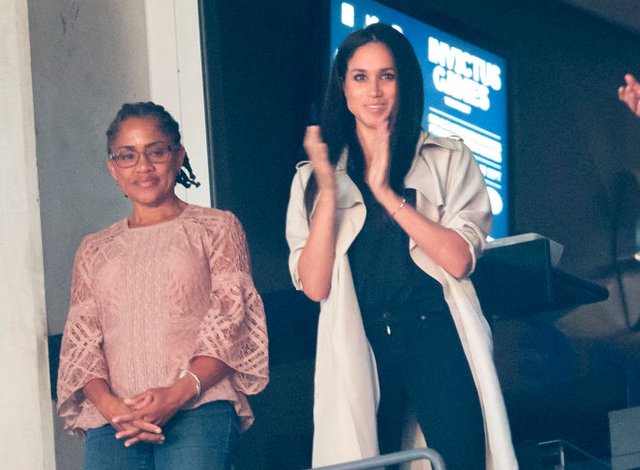 The proud parents, who reportedly divorced when Meghan was six-years-old, released an official statement which revealed they were "incredibly happy" for the couple.

In the statement, the pair praised Harry for the "loving" qualities he shares with their daughter and it had us reaching for the tissues!

"We are incredibly happy for Meghan and Harry. Our daughter has always been a kind and loving person.

"To see her union with Harry, who shares the same qualities, is a source of great joy for us as parents. We wish them a lifetime of happiness and are very excited for their future together."

Meanwhile, the Duke and Duchess of Cambridge have revealed their excitement while the Queen and Duke of Edinburgh said they were 'delighted'.

The Queen and The Duke of Edinburgh are delighted for the couple and wish them every happiness. https://t.co/aAJ23uSbao

Will and Kate said: "It has been wonderful getting to know Meghan and to see how happy she and Harry are together."

The Duke and Duchess of Cambridge said of the engagement:
'We are very excited for Harry and Meghan. It has been wonderful getting to
know Meghan and to see how happy she and Harry are together.'

Meanwhile, the Prime Minister Theresa May said: "I would like to offer my very warmest congratulations to HRH Prince Harry and Meghan Markle upon their engagement."

"This is a time of huge celebration for two people in love. On behalf of myself, the Government and the country, I wish them great happiness for the future."

Kensington Palace announced the news via Twitter with a picture of Meghan and Harry. They revealed the wedding will take place next spring and the couple will be preparing for an interview on Monday evening.