Yesterday marked Prince Louis' first royal engagement when he attended Trooping the Colour, wearing the same top as his uncle, Prince Harry, did in 1986.

His blue and white outfit is familiar to any who watched a baby Prince Harry do much the same more than 30 years ago.

Seen on the balcony of Buckingham Palace with Princess Anne, Prince Harry attended Trooping the Colour in 1986 in the same shirt. 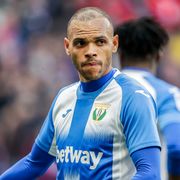 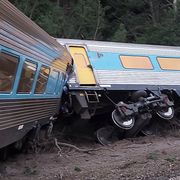 Two killed and several injured after train derails near Melbourne