Princess Eugenie walked down the aisle in a dress designed by Peter Pilotto and Christopher De Vos, who founded the British based label Peter Pilotto.

She proudly showed off the scars from surgery she had to correct scoliosis when she was a child, forgoing a veil and weaing a gown with a dipped back.

The Royal bride met the designers when she was co-hosting an event in support of women artists and has been wearing designs by the brand for several years.

Princess Eugenie, Mr Pilotto and Mr De Vos have worked closely together on the design of the dress. The designers undertook archive research into previous dresses worn by Members of the Royal Family and identified a silhouette. 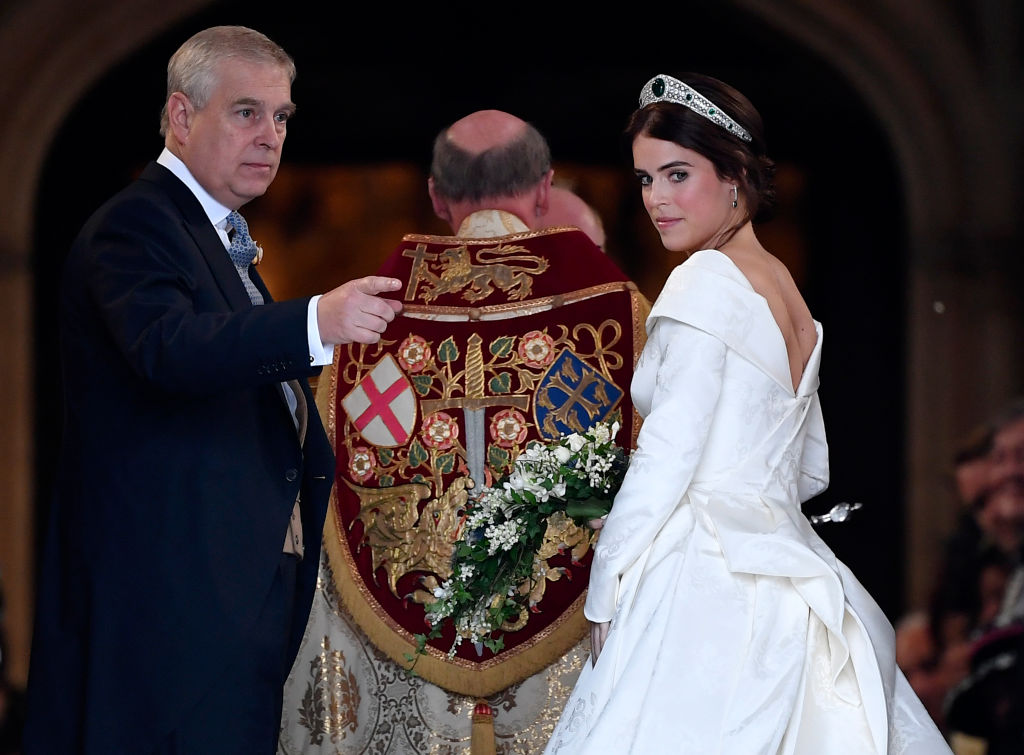 The fabric was designed by the creative duo at their studio in East London and includes a number of symbols that are meaningful to Princess Eugenie as motifs.

The symbols are a Thistle for Scotland acknowledging the couple's fondness for Balmoral, a Shamrock for Ireland as a nod to the Bride's Ferguson family, the York Rose and ivy representing the couple's home.

These symnols have been reinterpreted in a garland of rope like motifs, woven into a jacquard of silk, cotton and viscose blend.

Once the artwork was completed, it was translated into a jacquard weave in the Como region of Italy. The result is a very modern looking fabric using a highly intricate weaving technique.

The 29-year-old wore a pricless emerald tiara loaned to her by the Queen.  The Greville Emerald Kokoshnik Tiara was made by Boucheron for Mrs Greville in 1919 in the fashionable ‘kokoshnik’ style popularised in the Russian Imperial Court.

It's not long since we celebrated the royal wedding of Prince Harry and Meghan Markle, with the Duchess of Sussex sporting an effortlessly chic Givenchy gown.

And with Kate Middleton wearing a beautifully intricate Alexander McQueen lace dress for her wedding to Prince William in 2011, the attention has now turned to the upcoming nuptials of Princess Eugenie and Jack Brooksbank.

Here's what the rumour mill is predicting... 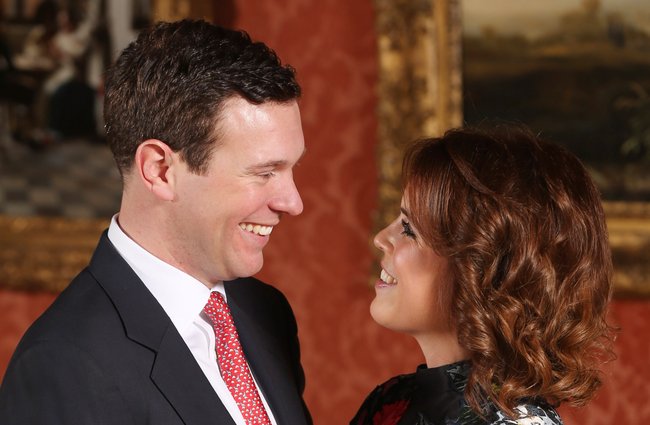 It's unlikely Princess Eugenie's frock will cost as much as Kate or Meghan's gowns, with them costing £250,000 and £200,000 respectively.

READ MORE: Public invited to the wedding of Princess Eugenie and Jack Brooksbank

This is because the line of succession is still very much at the forefront of all royal decisions, and with Eugenie ninth in line to the throne, it's expected she will splurge less. 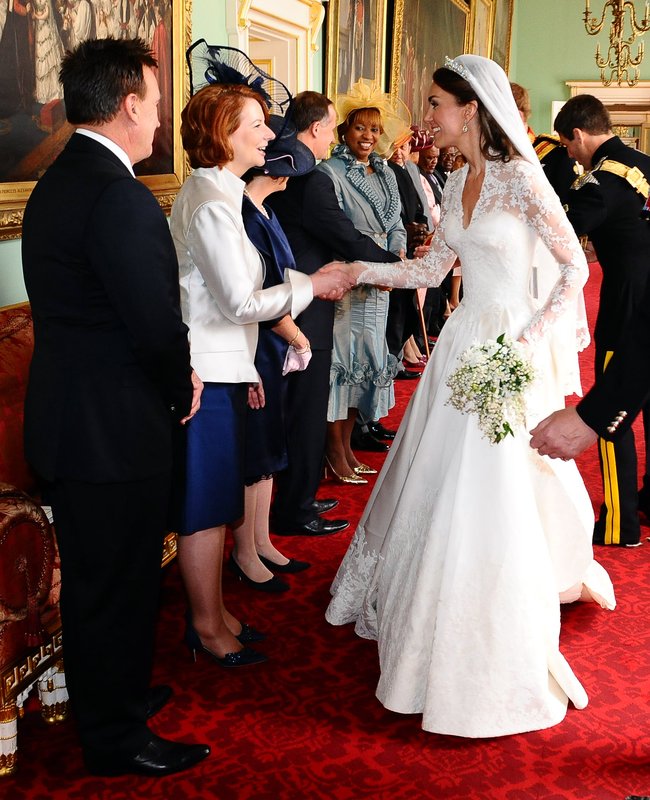 It is tradition for royal wedding dresses to bear sleeves - dating back to when the Queen married Prince Phillip in 1947. And, with Princess Eugenie tying the knot in October, chances are she will be grateful for some extra warmth.

It is also likely Eugenie will wear a cathedral veil - like Kate and Meghan. 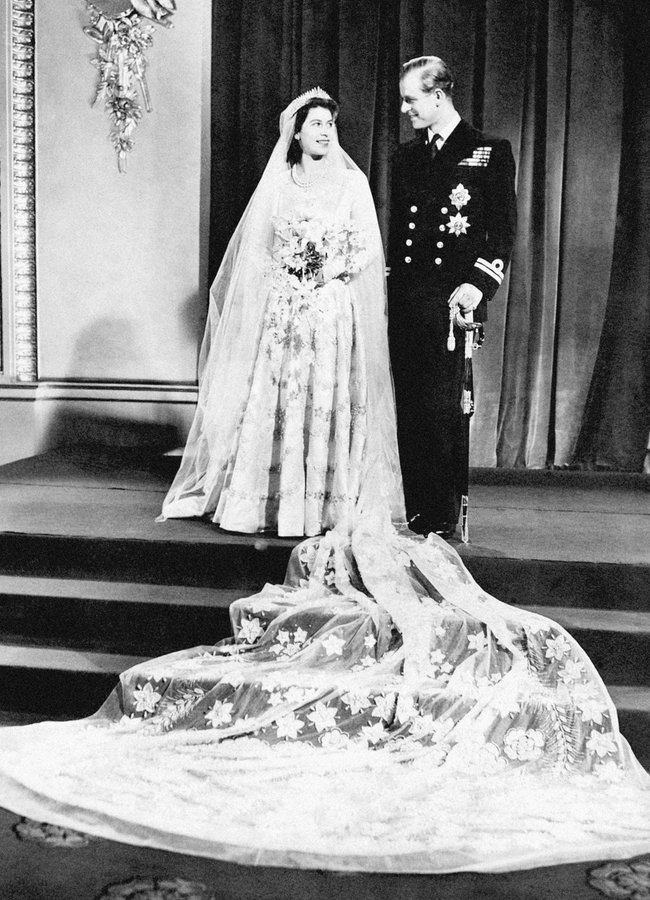 Princess Eugenie has already confirmed to Vogue she will be opting for a British designer, as is the norm. She said: "I'm not telling anyone who is making it, but I can say it is a British-based designer.

"[The dress] is the one thing that I was really decisive about. As soon as we announced the wedding, I knew the designer, and the look, straight away.

"I never thought I'd be the one who knew exactly what I like, but I've been pretty on top of it."

Meghan broke this tradition by opting for French designer Givenchy for her wedding gown. 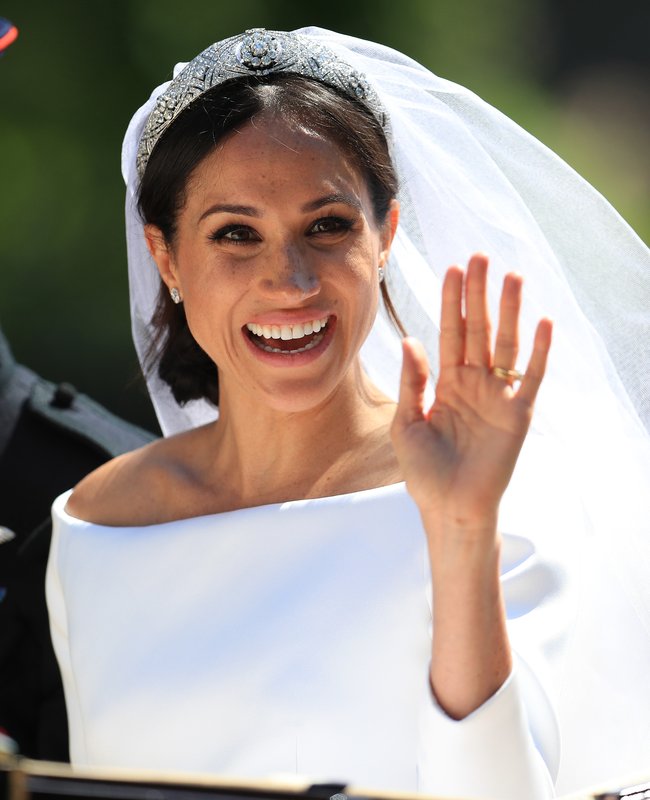 Royal brides are bestowed the honour of borrowing a special tiara from the Queen's personal collection - and Princess Eugenie is no exception.

Experts are predicting the bride-to-be will opt for one with a personal meaning behind it - such as the one that her mother, Sarah Ferguson, wore for her big day.

Fergie's York Tiara was commissioned especially for her wedding day, as a gift from the Queen.