Prince Harry and Meghan Markle’s Wedding Date Has Been Confirmed!

The date of when the pair will tie the knot has been announced in addition to news about who will marry them.

The wait is over.

Kensington Palace have announced that Prince Harry and Meghan Markle’s wedding will take place on the 19th of May.

The statement released on Twitter read: A statement read: "His Royal Highness Prince Henry of Wales and Ms. Meghan Markle will marry on 19th May 2018.

His Royal Highness Prince Henry of Wales and Ms. Meghan Markle will marry on 19th May 2018.

Today's announcement follows earlier confirmation of the month of the wedding and its location at St George's Chapel, Windsor Castle. pic.twitter.com/7pgdRM90Na

Read more: This Is What Meghan And Prince Harry's Children Could Look Like

"Today's announcement follows earlier confirmation of the month of the wedding and its location at St George's Chapel, Windsor Castle."

Elsewhere, the question of who will be marrying the pair has been bubbling away…

Despite denying the officiating role, in an interview on a UK radio station yesterday, Justin Welby is thought to be the man of the moment. 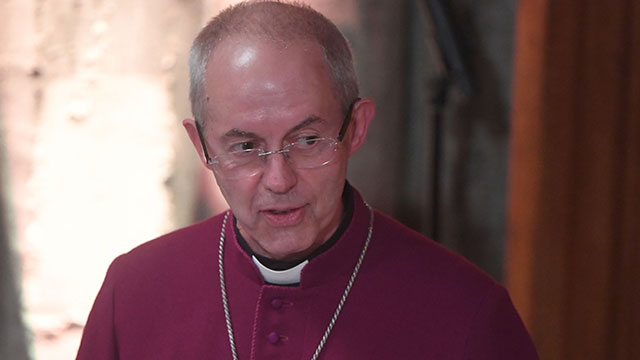 According to the Daily Mail, the leader of The Church of England has already agreed to marry the couple in St George’s Chapel at Windsor Castle in May.

Sources have said that Archbishop Welby has even met up with the pair and found them ‘delightful’ and ‘totally committed’ to each other.

For the senior bishop and principal leader of the Church of England to agree to the role of marrying a couple that has one divorcee, proves that both the church and the royals have come a long way.

Welby’s predecessor, Rowan Williams for example, refused to let Prince Charles and Camilla Parker Bowles marry in church -  and the Queen chose not to attend.

As a result, they held their civil ceremony at Windsor Guildhall in 2005, with a blessing from him afterwards at St George’s Chapel.

Meanwhile, Welby will reportedly have regular Christian pre-marital counselling sessions with the royal couple in the run-up to their wedding.

While we're excited for the nuptials, the royal wedding could cause arguments in some households over what to watch, as Harry and Meghan are set to say 'I Do' on the SAME day as the FA Cup Finals!