The QUEEN Was Spotted In The Front Row Of Fashion Week And She Owned It!

Queen Elizabeth was spotted among the IT crowd as she joined Anna Wintour in the Front Row at London Fashion Week.

Queen Elizabeth might be used to sitting on a throne but this time she took her place alongside fashion royalty as she rocked up to London Fashion Week for the very first time.

The reigning monarch was spotted sat front row with the likes of Anna Wintour as she made a surprise appearance at a fashion show.

Her Majesty put on her best glad rags for the occasion too as she stepped out in an Angela Kelly duck egg blue tweed dress and jacket embellished with tiny aquamarine Swarovski crystals. 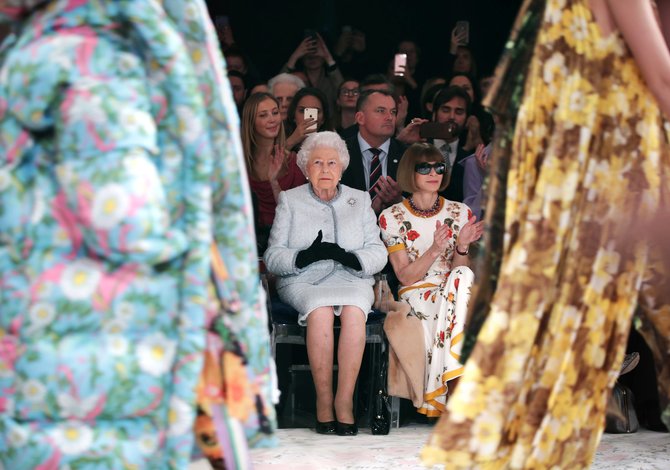 The Queen's appearance came as she was on hand to hand out the inaugural Queen Elizabeth II Award for British Design, which seeks to recognise the role the fashion industry plays in society and diplomacy.

The coveted award will now be given annually to an upcoming British fashion designer who has been making waves in the industry.

Angela Kelly, who has been a personal fashion advisor to The Queen has been working on the award for the past two years, as something that gives a nod to British talent.

When the Queen arrived she was was greeted by chief executive of the British Fashion Council, Caroline Rush, (BFC) before being taken on a tour of showrooms and meeting designers. Migrant crossings: Man says he was 'between death and life' on terrifying Channel journey to England on same day 27 others died