The Most Bonkers Gifts Given To The Royal Family! 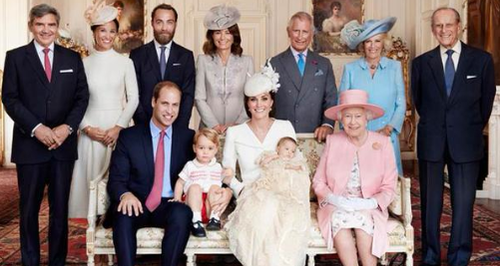 What do you get the family who have everything? A jar of pickled garlic, a pair of wooden boxer shorts and Jaffa Cakes apparently.

Well, that's what well-wishers around the globe gave to various members of the royal family in 2015.

Since new rules were introduced in 2003, all gifts given to the royal family have to be declared - which means that we can have a sneaky look at some of the gifts they received! And some of them are seriously bizarre...

Bag of salt  - Governor of the British Virgin Islands

A jar of pickled garlic - Member of the public

Mind trap board game - Member of the public

Prince Charles and The Duchess of Cornwall

A pair of boomerangs - New Zealand

A packet of fairy dust - Well-wisher in New Zealand

A pair of bootees, a woolly hat and a blanket - Speaker of the New Zealand Parliament

Painting of a Kabuto Kazari samurai helmet - governor of Tokyo