This is the real reason people hate wasps but LOVE bees

The unnecessary stingers just need more people to know how important they are, claim boffins.

As most of us will attest, wasps are hated while bees are usually held in much higher esteem.

And now scientists have stepped up to defend wasps and work on improving their PR image.

A survey of 750 people from 46 countries, questioning them on their perception of insects, has been published in Ecological Entomology.

Sadly for wasps they are among the least loved insects, according to the new study.

Read more: Giant hornets as big as a £2 invade Britain after scorching heatwave 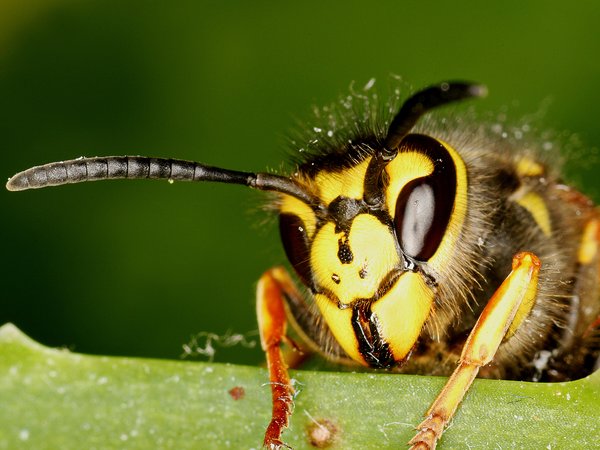 They are the bane of picnics in the park, often stinging unnecessarily and buzzing around adults and children, especially sweet things and alcohol.

However, despite so many people worrying about wasps stinging them, only 1% of the insects actually sting people.

Meanwhile bees appear to go about their business without much care for being people and their food, and of course many recent campaigns have highlighted dwindling numbers in the bee population, lauding their contribution to our fragile ecosystem.

However scientists are keen to inform the general public that wasps are also intrinsic to the stability of natural environment.

Dr Seirian Sumner, of University College London, who led the research, told the BBC: "People don't realise how incredibly valuable they are. Although you might think they are after your beer or jam sandwich - they are, in fact, much more interested in finding insect prey to take back to their nest to feed their lavae."

The doctor also highlighted a distinct lack of research into the positive ways in which wasps have impacted the environment.

She conducted extensive analysis of scientific research papers and conference presentations focused on bees and wasps published over the last 37 years and 16 years respectively.

Dr Sumner found that, out of 908 papers she looked at, only 2.4% of the publications had information on wasps, compared to 97.6% (886 papers) bee publications.

Meanwhile, out of the 2,543 conference abstracts on bees or wasps from the last twenty years, a massive 81.3% were on bees.

Read more: Spiders 'fattened up by bumper fly harvest' are heading for YOUR home 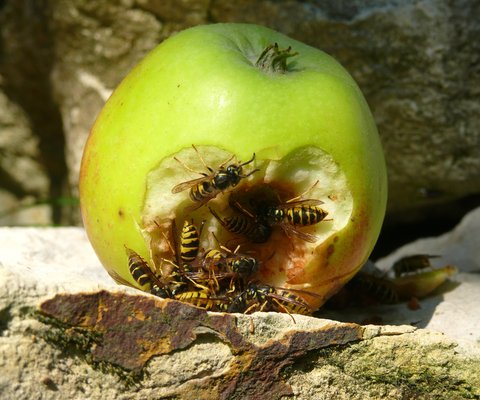 Wasps were associated with words like 'dangerous' and 'annoying'

The results showed that the vast majority of responses for bees were plus 3 or above, while wasps had the complete opposite response.

Those surveyed were also asked to take part in a word association game.

Unsurprisingly the most popular words associated with bees were "honey", "flowers" and "pollination".

While for wasps the most common words that came to mind were "sting", "annoying" and "dangerous".

The lack of research, combined with negative public attitudes, has hampered efforts to develop conservation strategies for wasps, who, like bees, are declining in number due to loss of habitat and the increasing effects of climate change according to Dr Alessandro Cini of the University of Florence, who collaborated on the study.

Unfortunately, despite the best efforts of Dr Sumner and Dr Cini, it will take a long time to convince the general public that wasps are little more than a nuisance.

Let's hope their campaign works out.